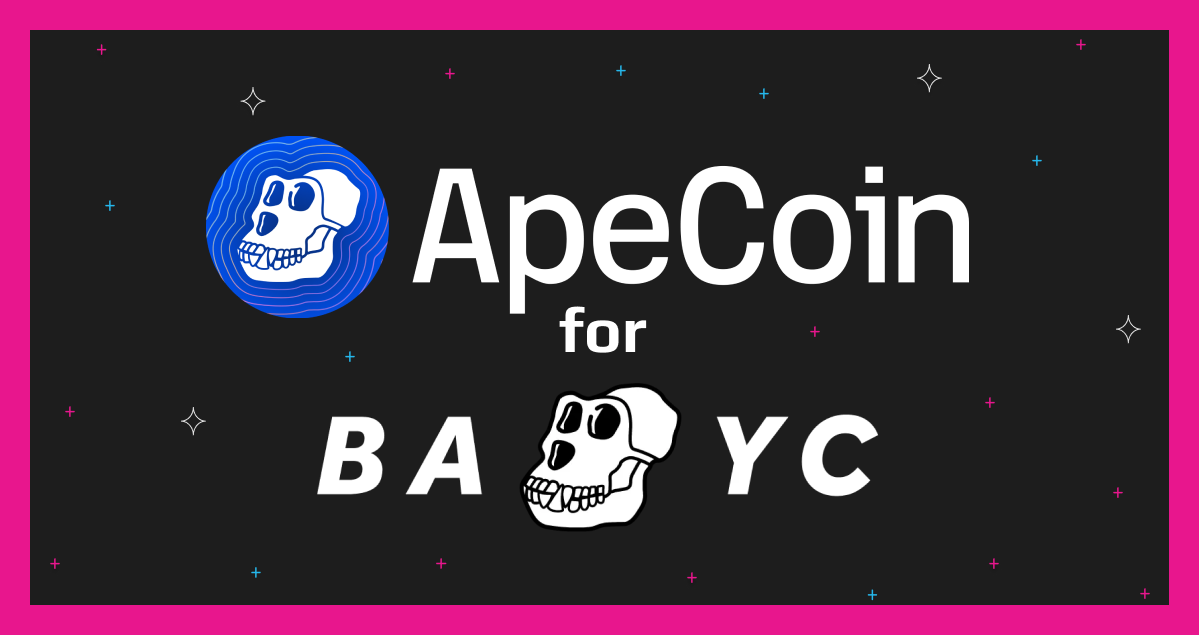 How Will APE Change BAYC?

Yuga Labs added that they will airdrop 62% of APE to the community starting today (17th March). However, the remaining APE coins will be traded on cryptocurrency marketplaces allowing enthusiasts who don’t own a Bored Ape to get in on the action.

Moreover, the DAO managing the token will give the BAYC community the power to influence the future of the token through voting.

The token’s official Twitter account wrote: “Introducing ApeCoin ($APE), a token for culture, gaming, and commerce used to empower a decentralized community building at the forefront of web3.”

According to ApeCoin’s website, APE holders will be able to change the ecosystem by submitting proposals known as AIP (Ape Improvement Proposals). There are three types of AIP: Core, Process, and Informational.

The process approval process goes as follows: after you submit a proposal, the moderators scrutinize the idea and the community votes on it before implementation.

If you want to learn more about how the BAYC community will use the APE token, check out its official website by clicking here.

Yuga Labs first appeared on the NFT scene with BAYC. The collection quickly became the most valuable NFT collection on the market, with a market capitalization of just under $3 billion, according to CoinGecko.

For example, the seven-day rolling floor price average (the cost of the cheapest Ape) is an eyewatering $290,000. However, some apes have been sold for millions of dollars. Thus, the most expensive Bored Ape sold so far is Bored Ape #2087 ( $2.3 million). Therefore, it is one of the most expensive NFTs ever.

The numbers show that Yuga Labs enjoyed colossal success with BAYC. Hence, they’ve been working on expanding their market share of the NFT sphere. Additionally, Yuga Labs has recently bought the rights to two of the most valuable NFT collections, CryptoPunks and Meebits.

CryptoPunks has a market capitalization of just under $2 billion, while Meebits has a capitalization of $264 million, according to CoinGecko. Thus, by adding CryptoPunks and Meebits to its roster, Yuga Labs has cemented its position as the top dog in the NFT developer world.

Use Swapzone To Get Into NFTs and APE

Let’s look at how Swapzone can help you get involved in the BAYC project either by buying a Bored Ape or pricking up some APE.

To buy a Bored Ape, you’ll need some Ethereum (ETH) as this is the token that most NFT marketplaces trade with. Let’s say you want to swap some USDC into ETH. Simply follow these steps:

Good work! You’ve added some ETH to your wallet, and you’re ready to buy an NFT.