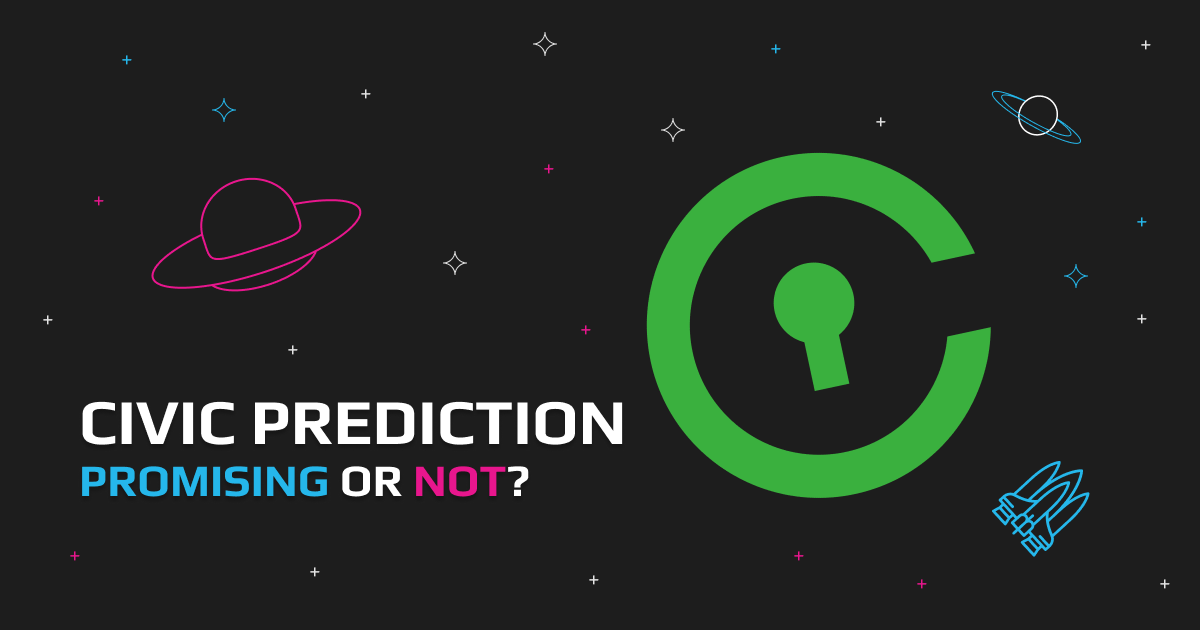 With the prevalence of utility-based crypto coins and the instability of larger coins in the market, investors are jumping ship. There is a gravitation towards coins with the promise of stability and consistent returns. Civic coin has caught the attention of crypto-devotees, and for good reason. Civic coin is predicted to reach $0.50 by the end of the year, according to WalletInvestor. By 2025, it is expected to hit the $1.00 mark. In this article, you will find an overview of Civic coin, Civic coin price predictions based on data, and how to purchase Civic with crypto.

What is Civic Coin?

Civic coin (CVC) is an Ethereum token founded in 2015 by Jonathan Smith and Vinny Lingham of Civic technologies Inc. Its primary use was for simplified identity verification (IDV).

Civic aims to create an ecosystem where that facilitates on-demand access to identity verification with the blockchain. Without proof of identity, many individuals find it difficult to access legal or healthcare services. The Civic token participants in the ecosystem can transact in IDV-related services seamlessly.  In simple terms, users do not have to repeatedly fill out verification forms like names, addresses, and so on. Its decentralized app stores all the user’s information in one location.  In March 2021, Civic announced its integration with the Solana blockchain to offer improved security and ease of use.

Civic coin closed on December 31st at $0.329. This was an exponential increase from $0.0859 at the start of the year, yielding a 283% ROI. Its all-time high was hit in September, reaching almost $0.4. From 2021, Civic seems to be in its Bullish cycle. Deep data analyst Wallet investor forecasts that Civic would be a good crypto investment for long-term growth. In particular, investment spanning a period of one year or more. According to several other price projections, the coin still has room to expand. After the coin starts its rise to the apex, there may be further upside potential.

Perhaps, the second-worst thing after last year’s dip is an unwanted plateau. What do analysts predict to be the future of the Civic coin?

Thus far, the coin has only dipped to an ATL of $0.22, marking its lowest on the 23rd of January. Considering the coin’s current uncertain movement, CVC would be worth $0.40 by the beginning of October. From May to June, an average minimum price of $0.34 and a capping resistance of $0.50 is well possible. CVC currently trades at $0.309. This represents a x1.5 increase for current investors.

On the contrary, GovCapital is less optimistic and predicts a slight downturn between May and December 2022. On average, the deep data analyzer expects CVC to alternate between $0.24 and the highest possible value of $0.35. These values may extend into 2023 with only a slight increase.

Regardless, these non-enthusiastic predictions haven’t slowed down the company’s innovative zest. They revealed in a blog post that there are partnership plans to enhance the DeFi aspect of their network. “In fact, in Q1 2022 we’ve already integrated Civic Pass with KYB [know your business] for a new partner that is attracting institutional investors,” they wrote.

After a tepid start, Civic coin gained popularity in the second and third quarters of 2021.  Considering its average price of $0.1529 in July 2017 shortly after it was launched, the coin has not experienced any erratic growth process over the years.

Critics had predicted that after the 2021 boom, it would crash. However, CVC seems to be doing fine at a slow pace.

2025 is projected to be a good year for the Civic coin, according to several analysts. The coin is projected to be over the $1 mark, just as it did in 2017 after its launch. Priceprediction places it at a value average of $1.14 by December 2025. For long-term current investors, this would yield a x4 return.

According to the Civic forecast price and technical analysis, in 2030 the CVC price is expected to cross an average price level of $7.43. The expected minimum price value of Civic by the end of the year 2030 should be $7.17. In addition, CVC is capable of attaining a maximum price level of about $8.78. The future looks good for Civic, based on current trends and social adaptation.

Is Civic Crypto a Good Investment?

Cryptocurrencies are volatile, and it is generally advisable to never invest more than what you can risk losing, especially when dealing with tokens out of the top 100.

However, Civic crypto appears to be a promising investment according to multiple deep-data predictors.

The coin exhibits a slow but gradual increase,  suitable for long-term investors. The presence of plateaus and slight dips according to the forecasts, may deter investors not willing to hodl for the midterm. If you are looking for a coin to accrue thousands of ROI and a possible “get-rich-quick” token, Civic coin may not be your best bet.  CVC may also be considered by some as affordable, for the time being, and most of all, stable.

However, history has shown that altcoins also depend on the price movements of BTC and Ethereum. And even the CVC token is not exempted from this.

Going by recent chart readings and CVC performance history, there is no possibility of Civic reaching $100 in the short term or midterm.

Where Can I Buy Civic Coin?