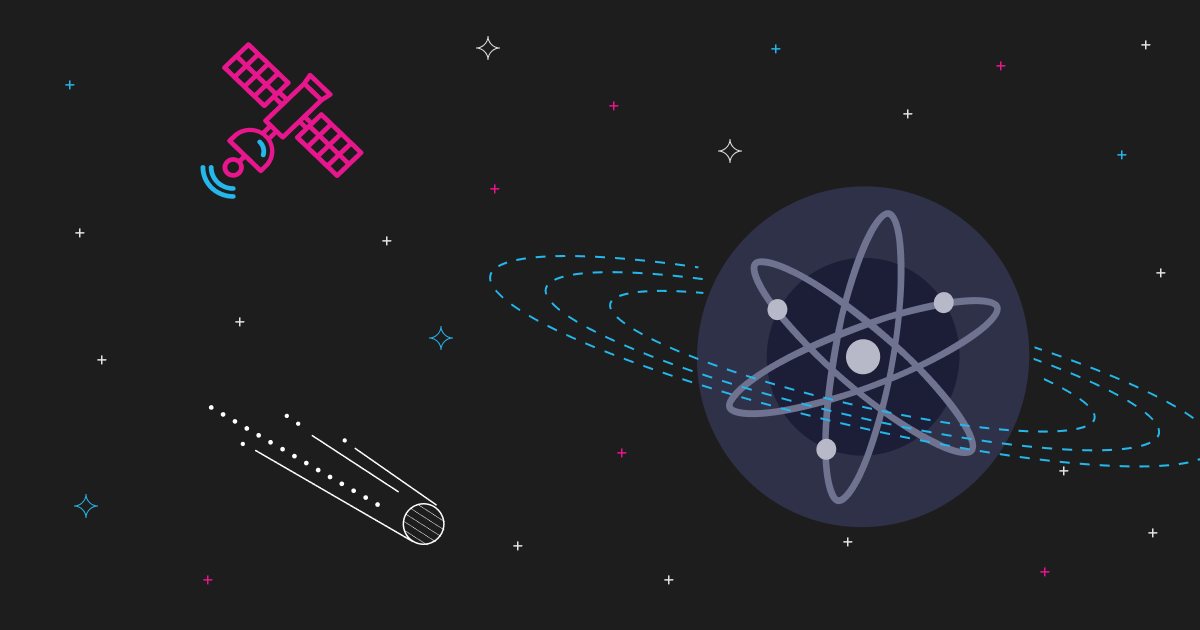 Cosmos founding team described the Cosmos ecosystem as the “Internet of blockchains”. Cosmos’ goal is to develop an ecosystem of crypto networks bridged by open-source tools, which streamlines transactions between them.

What makes Cosmos (ATOM) token more unique is its customizability and interoperability features. Unlike other crypto projects that prioritize their network, Cosmos fosters an ecosystem of networks. This way information, data, and tokens can be shared programmatically with no central authority in control.

Cosmos aims to be that bridge that connects blockchains, enabling easy communication, data transfer, transactions between blockchains. The interoperability feature is what keeps the interoperation between various blockchains going and effective. Cosmos believes different blockchains can exist and grow together with their specialized use cases and benefits.

Cosmos technology does not only allow interoperability between various blockchains but also enables developers to build custom blockchains in a matter of weeks or months. A new blockchain developed on Cosmos chain is called a Zone, which is then linked to the Cosmos hub. The Cosmos hub manages the record and conditions of each Zone. Furthermore, its native token “ATOM” powers the Cosmos hub, which is a Proof-of-Stake blockchain.

The brains behind Cosmos

In the bid to understand what is Cosmos, we will take a look at the creators of the project. Developers Jae Kwon and Ethan Buchman both founded the Cosmos network, backed by the Interchain Foundation (ICF). The ICF is a Swiss non-profit organization that majors in funding open-source blockchain projects. They helped develop and launch the Cosmos ATOM crypto in 2014.

In 2019, Jae Kwon and Buchman decided to author the Cosmos white paper and release its software. Initially, ICF launched a two-week Initial Coin Offering (ICO) of ATOM tokens in 2017, which raised about $17 million in sales. Also, in 2019, Tendermint Inc. was able to raise $9 million for the continuation of the project via a Series A round funding .

What is Cosmos (ATOM)?

The sole aim of ATOM is the security and maintenance of the Cosmos Hub network. You can think of the ATOM token as the very pillar that supports the interoperability between all Zones (Mini-blockchains under Cosmos hub).

ATOM is bound to be more valuable than most blockchains, as more blockchains are developed within the Cosmos hub. These blockchains will have to rely on the Comos hub to manage their transaction histories and accounts.

Currently, there are no limits to the supply of ATOM. However, new ATOM tokens are created based on the volume of ATOM being staked. As of last year, this system of ATOM creation resulted in an annual inflation rate of 7% to 20%.

The Tendermint Core functions with a Byzantine Fault Tolerance (BFT) consensus engine. BFT features a 1-second block time, which has a theoretical capability to handle the transaction volume of 10,000 TPS for 250-byte transactions.

Cosmos SDK is a technological toolset that aims to ease the process of creating secure dApps on Tendermint. Developers agree that building blockchain should be simplified to the extent that the coding required should not be more than several modules.

Inter-blockchain Communication Protocol (IBC) is paired with Tendermint to enable various chains to exchange value and data among each other. If various blockchain frameworks operate the same apps and validator set, the blockchains are bound to attain infinite theoretical scalability. The Cosmos team describes this realization as the Horizontal one.

Building on Cosmos is done in three simple steps.

The first step is to write your custom blockchain. Developers do this by mixing prebuilt and custom-made modules.

Before launching your public main-net, you can test your MVP with users to collect feedback and redo the necessary details for improvement.

3. Connect To Other Cosmos Blockchains

Connecting the blockchain to the Cosmos Network via IBC can increase adoption and liquidity in the developed blockchain.

How to exchange Cosmos (ATOM)?

Cosmos is impressive and you’re probably willing to try out how it works or even build an own blockchain. Well, what about getting some ATOM tokens first? You can easily do it on Swapzone. Here’s the guide to help you out:

Step 2.  In the “select pair” tab, insert the type of crypto that you are willing to swap in the “send” section.

Step 3.  In the “get up to” section, input the amount of ATOM crypto you wish to receive.

Step 4. Immediately after you enter the details, Swapzone will provide you with a number of offers. You have the option to choose based on the best rate, fastest exchange, and the one with the best service rating.

Step 7. Once you do so, you will be prompted to enter the wallet address to receive the NU, and an email address (optional). Once you’ve entered these details, hit on “proceed to exchange”.

Step 8. After your deposit is received, the exchange partner will then convert your deposit to ATOM. Just wait for the process to finalize. It may take some time.

Step 9. Once the process finalizes, you will receive your ATOM tokens at your wallet address. Take a moment to rate the exchange partner and leave behind an honest review.

Need a wallet to store your ATOM tokens? Fret nor, here are some options to choose from. These are some of the popular ones:

This is another wallet where you can store your Cosmos ATOM crypto after you buy it from any Cosmos exchange. Mind you, it is a web-based wallet in the same form that you have MetaMask.

Another popular Cosmos ATOM wallet where you can transfer your Cosmos coins after buying them from any of the Cosmos ATOM exchanges is Trust Wallet. Here you can store Cosmos, Bitcoin, Binance Coin, Ethereum, etc.