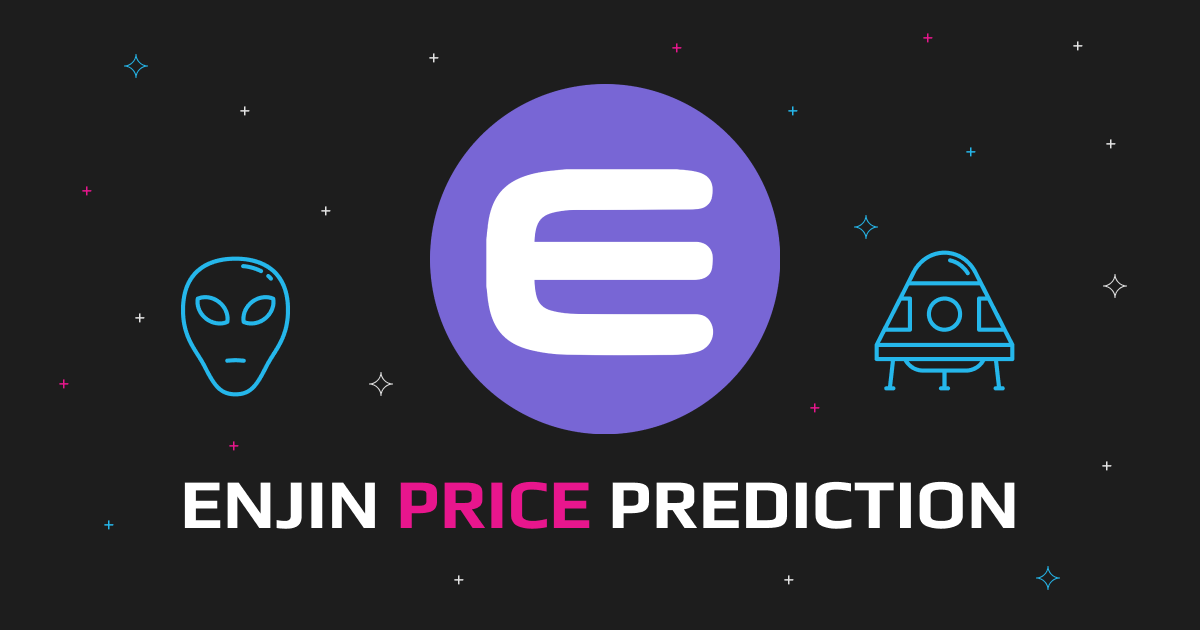 As the gaming and NFT community within the fast-growing blockchain ecosystem continues to grow exponentially; platforms that assist developers in creating content, designing, storing, and trading gaming tools and NFTs are also in increasing demand. In this article, we will briefly introduce you to the next generation world of blockchain gaming, which Enjin is pioneering, and the Enjin coin price prediction.

What Is Enjin Coin?

Enjin is a digital platform with products and solutions that help users manage their NFTs, gaming assets, and cryptocurrencies. According to Enjin, they offer the easiest way for new users to explore the metaverse and its next-level virtual economy.

On the other hand, the Enjin Coin is the digital coin of the Enjin ecosystem, powering the reward and economic system of the entire network, which comprises gaming items, digital art, sports collectibles, and even music tracks. Often referred to by Enjin fans as the gold standard of digital assets, ENJ is an Ethereum-based ERC-20 utility cryptocurrency coin that backs next-generation digital assets. Nonetheless, the Enjin coin is not to be confused with the Effinity tokens (EFI), another Enjin token, rewarding creators of the network’s metaverse.

Enjin Coin Price Prediction 2021: How Was It?

Enjin coin, like every other mainstream crypto coin, was very active throughout 2021, witnessing three successive bull runs that resulted in highly profitable trades for early investors. At its highest price point in 2021, which was towards the end of November, ENJ recorded a staggering Year-To-Date return of more than 3,300% for traders that invested in the first month of that year. However, the coin was hit by a humbling downtrend shortly after hitting its $4.82 all-time high, shedding more than half its value before the close of the 2021 trading year.

Leaving the rollercoaster ride of 2021 behind, experts and speculators alike have shifted their attention toward the promising future of the Enjin coin. In the following texts, we have compiled plausible predictions made by some industry leaders, serving as a guide on what to expect regarding Enjin Coin.

ENJ started 2022 at a little above $2.5, almost half of its all-time high value recorded in November 2021, just two months earlier. With the downtrend still in action, there is a generally gloomy outlook on ENJ for 2022, and most speculators expect the coin to continue tanking with a year-ending price expectation lower than $2. DigitalCoinPrice, a renowned crypto prediction site, predicts that ENJ will end the year at $1.87. Another popular prediction site, TradingBeasts, expects an average of $1.45 by December 2022.

Speculators are conservative with their price predictions for 2025, with many expecting the crypto coin to still trade below its flattering all-time high recorded in November 2021. DigitalCoinPrice and TradingBeasts expect an average price of a little above $3. However, PricePrediction and WalletInvestor are much more optimistic, with average price predictions of $5.62 and $4.95 respectively.

For crypto coins such as ENJ, price predictions that span more than five years are highly speculative and hard to pin down to specific numbers without considering a wide range of possibilities. However, experts and speculators are always up for the challenge. By 2030, speculators unanimously expect $ENJ to have tripled in value. PricePrediction anticipates an outlandish average price of $36.73, while DigitalCoinPrice is not convinced and expects only a modest upgrade at $7.08.

Is Enjin Coin a Good Investment?

Enjin is a potentially good investment if you believe in the future of the blockchain gaming industry. Launched in 2017, Enjin is already one of the biggest blockchain platforms dedicated to gaming and NFTs with registered users of more than 20 million gamers. Also, the low-fees Enjin platform provides valuable features like virtual goods ownership, trading, in-game asset transfers across gaming networks, security standards in virtual marketplaces, and more to the fast-growing blockchain gaming community. These unique qualities make investing early in Enjin a very appealing choice.

Currently trading at a little above $1.52, the $100 price benchmark seems like a very lofty dream to achieve right now. But if the blockchain gaming industry takes off as most experts predict, then ENJ could reach the $100 target within this decade or the next.

How To Buy Enjin Coin At The Best Rate?

Are you looking to get ahead of the curve by investing early in the blockchain gaming space? Swap $ENJ at the lowest fees with more than 700 cryptocurrencies at the best rate on the market. On Swapzone, you can easily swap ENJ through a wide range of instant cryptocurrency exchange providers. Review the providers, their offers, speed, and exchange rates and choose the best deal.