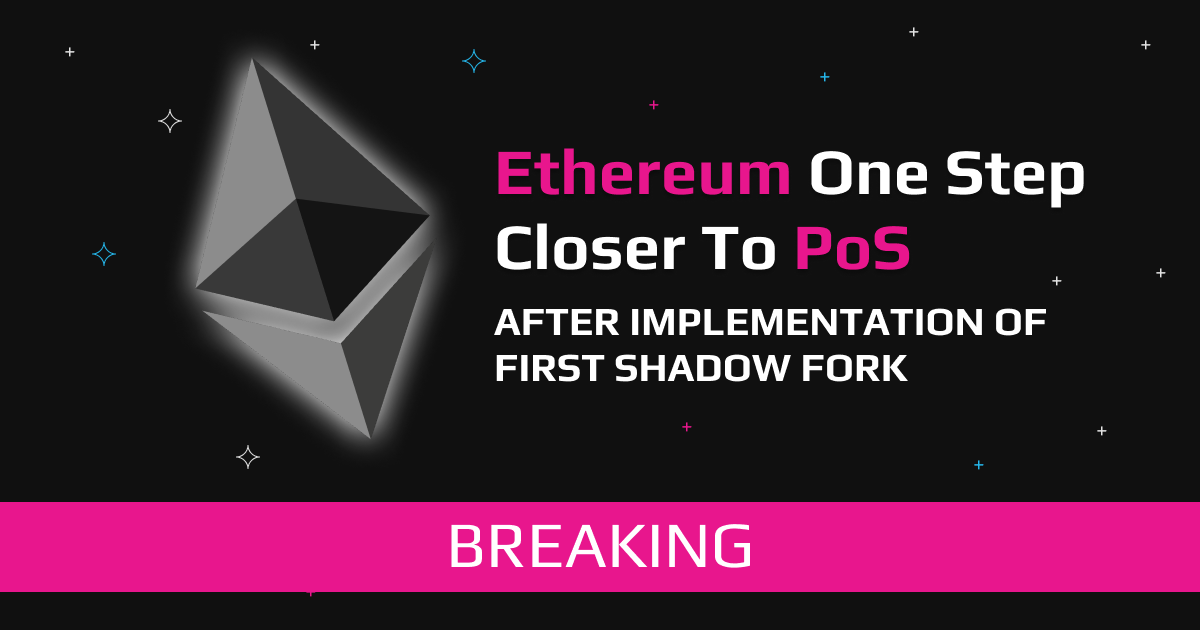 Ethereum developers have announced the first successful implementation of a “shadow fork” on the network, which is a big step towards shifting the network to proof-of-stake.

The successful fork was announced on Twitter by Parithosh Jayanthi from the Ethereum Foundation on Sunday, 10th April and it went live the following day, Monday, 11th April.

The shadow fork creates a platform for Ethereum (ETH) developers to run tests before the networks shift from proof-of-work (PoW) to proof-of-stake (PoS), which is expected to take place later this year.

Parithosh wrote: “The aim of the Kiln merge testnet was to allow the community to practice running their nodes, deploying contracts, testing infrastructure, etc.”

He added: “We hope it’s helping the community get a sense of the post merge world!”

Tim Beiko, an Ethereum core developer, said that the fork allows developers to monitor “how nodes react when The Merge happens using only a small number of nodes and without disrupting the canonical chain.”

Ethereum’s merge into PoS is one of the most anticipated events in the 2022 crypto calendar, so why is it such a big deal?

The Ethereum network’s merge into PoS is expected to make the network faster, cheaper, and more environmentally friendly due to the high energy consumption required to run PoW.

PoW networks process transactions by requiring nodes to solve highly complex cryptographic puzzles. Unfortunately, solving the puzzles demands a lot of energy from computers (also known as nodes), so transaction costs with PoW are often high and consume a lot of energy.

Concerns around the environmental impact of PoW combined with the high cost have created a stigma around using the mechanism to run blockchains which is why Ethereum’s shift to PoS is so highly anticipated.

PoS secures a blockchain through validators that deposit the network’s native token – in this case, ETH – and participate in verifying transactions.

Validators are encouraged to act honestly through rewards and punishments. For example, if a validator verifies transactions honestly, it will receive ETH as a reward; however, if a validator misbehaves, its staked ETH will be slashed from its account.

The Ethereum foundation described the merge as the “culmination of six years of research and development” and added that the network would become more secure and efficient as a result.

A Catalyst For ETH’s Price Action

According to der Wijden, Ethereum has never been so close to completing its PoS merge, and developers are currently ironing out any bugs in anticipation of the launch.

If the merge goes to plan, Ethereum will see lower transduction fees, more security, and energy efficiency – a trifecta of positive news that could drive ETH higher.

ETH’s recent dip has correlated with the general market, with every top ten token trading in the red over 7-days, according to CoinGecko.

The merge is expected to be fully implemented in the second half of 2022; if you are confident that it will go through without a hitch, then you might consider adding some to your portfolio – the best way to do this is with a helping hand from Swapzone.

For example, if you want to swap some USDC into ETH, follow these steps:

You just added ETH to your portfolio without being hit with hefty fees!