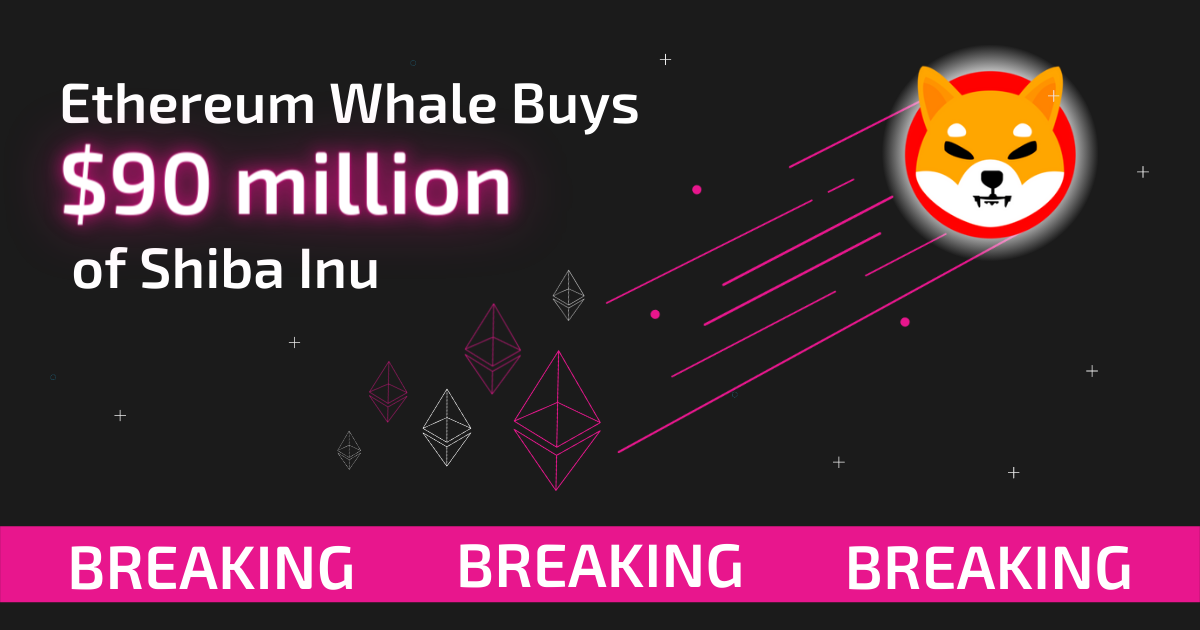 Shiba Inu, the dog-themed meme coin, has seen a spike in price over the past week after an Ethereum whale spent $90 million on SHIB tokens.

The transaction was picked up by the Telegram channel ‘Whale Alert’ that monitors ETH wallets holding a minimum of ETH 1,000.

According to Whalestats, the gigantic SHIB purchase only cost the whale $6 in gas fees.

SHIB is becoming an increasingly popular token among ETH whales and is the third most held token in ETH whale wallets, according to the Dailyhodl.

SHIB isn’t the only alt-coin being snapped up by ETH whales; according to Whalestats, the 20th biggest ETH whale purchased over $4 million of ApeCoin (APE), the BAYC’s (Bored Ape Yacht Club) native token.

Several other whales placed bets on ApeCoin, with a handful of them spending over $1 million on the token.

SHIB first caught the crypto community’s attention when Elon Musk, Tesla and SpaceX CEO, started hinting he was a fan of the dog-themed coin on social media.

Despite the long-term bearish trend, SHIB is up over 7% over the past week and has seen a spike in trading volume, the change in sentiment could be a result of the whale’s transaction.

The Bored Ape Yacht Club NFT collection is one of the most valuable projects on the market, and last week the collections governance token ApeCoin (APE) was launched.

The APE tokens were initially sold for $7, but the price quickly spiked to just over $17 within 24 hours of the launch.

According to CoinGecko, since hitting $17, APE token trading volume has dropped off significantly, and it’s currently trading around the $10 mark.

It’s still early days for APE, but the fact that ETH whales are adding millions of dollars worth of the token to their portfolios will be a pleasant surprise to the BAYC community.

Along with APE and SHIB, the entire crypto market has performed well over the last 7-days. For example, ETH has seen its price spike by over 15%, while the market leader BTC has seen a respectable 9% increase and even broke above 42K momentarily over the weekend.

The positive performance came after months of red following BTC’s fall from its all-time high of $67,000 last November.

The buying spree of SHIB and APE by ETH whales has only added to the improving sentiment among crypto investors and traders.

Buying SHIB and APE With Swapzone

If you are confident that the ETH whales are backing winning horses in SHIB and APE, you might consider adding the tokens to your portfolio – Swapzone can help you with these transactions.

For example, if you want to follow the steps of the whales and swap some ETH for APE, follow these steps:

Great work! The APE is on its way to your wallet, and you’re one step closer to becoming a crypto whale yourself.