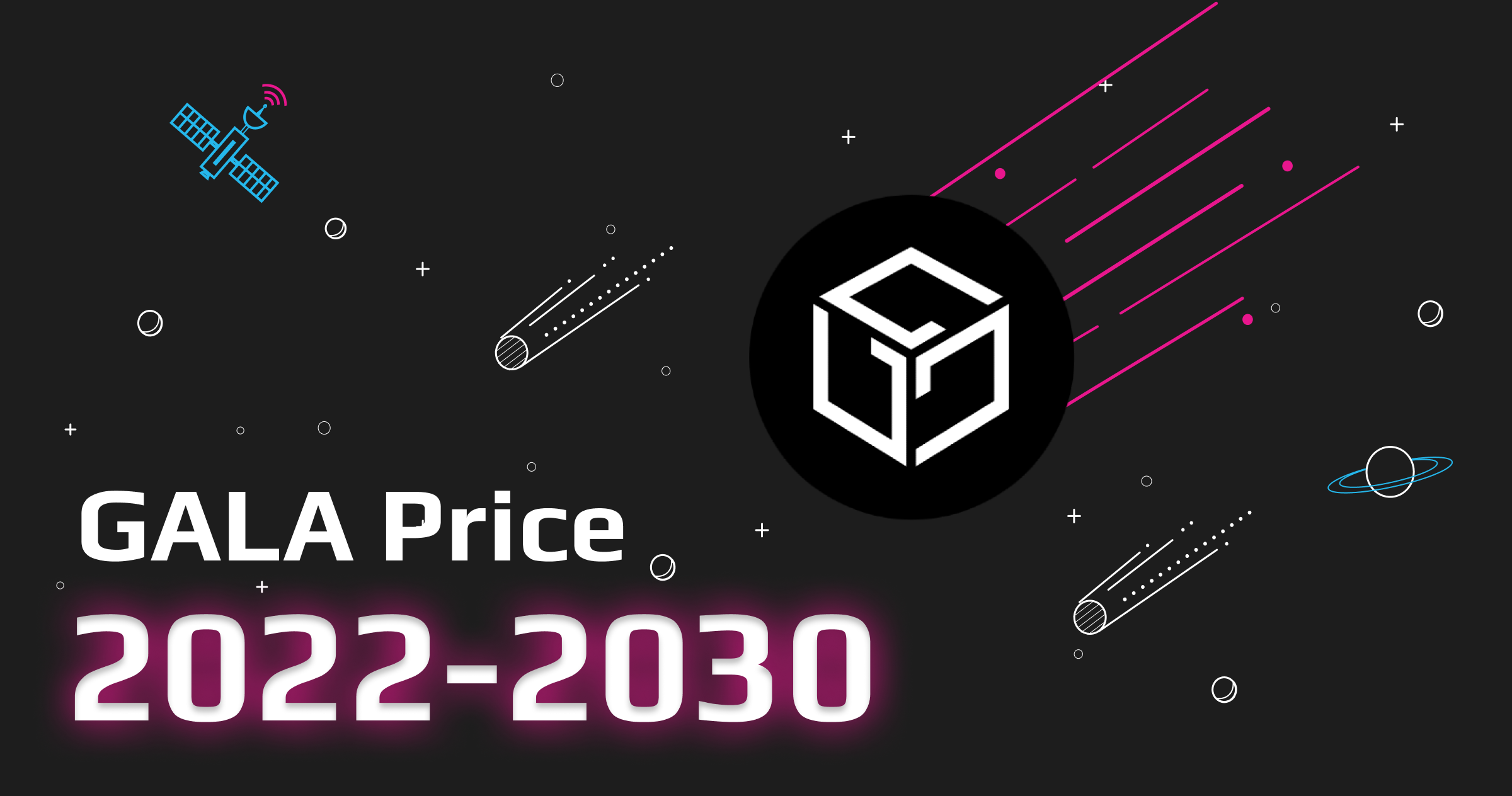 The GALA token powers the Gala Games Ecosystem, a project that aims to make blockchain gaming fun for everyone, not just hard-core crypto gamers.

GALA is arguably trading at a heavy discount, having dropped nearly 70% from its all-time high last November, making this the perfect moment to check out short and long-term GALA predictions.

Before we dive into what the experts expect GALA’s price to be in the coming years, let’s review the project.

In 2020 the Gala Games platform was launched as one of the earliest play-to-earn sites. The idea behind play-to-earn gaming is that players benefit financially from playing normally by earning cryptocurrency tokens and NFTs.

There are over 1 million active users on the platform playing games such as Spider Tank, Mirandus, Town Star, Fortified, and Echoes of Empire.

The platform is an ecosystem of games that are owned and played by the community, who earn rewards in the network native utility token GALA.

The GALA token has a 50 billion fixed-maximum supply; currently, there are 7.5 billion tokens in circulation, and similarly to Bitcoin, halving events reduces the speed at which new tokens are issued every year.

The GALA token was trading at $0.08 in October 2021; in November, its price began to spike. By the end of November, it had hit $0.82, and its market capitalization almost reached $5 billion.

A collapse followed the explosive positive price action in November and by December, it was down to $0.4 and $0.1 by January 2022.

Since GALA crashed from its all-time high, its price has recovered from its January lows and stabilized around $0.25.

Can GALA make up for its losses since last November? Will the token hit a new all-time high in the short and medium-term? Let’s take a look at some price predictions and find out.

We’re going to focus on data provided by DigitalCoinPrice, CryptoPredictions, and PricePrediction, which are some of the most well-respected price analysts in the cryptocurrency market.

The crash in early 2022 was followed by a powerful rally that began in the second week of Feburary. And by its price recovering a large chunk of losses reaching $0.36 on 10th February.

GALA’s positive move up in early February was followed by another slump down to $0.2, and this is where the price settled throughout March and into the beginning of April.

DigitalCoinPrice is optimistic about GALA for the remainder of 2022; their analysts expect the tokens price to break above $0.32 and reach a maximum price of $0.34.

PricePrediction has a similar outlook for GALA as DigitalCoinPrice, predicting a minimum price of $0.29 by the end of the year with a maximum of $0.35.

CryptoPredictions expects GALA to have a very strong 2022; by the end of the year, they see GALA trading at a maximum price of $0.46 and an average of $0.37, representing considerable upside from its current price.

DigitalCoinPrice sees GALA’s price crossing $0.34 and potentially running up all the way to $0.44. The worst-case scenario prediction is $0.33 by the end of 2023, which is still a considerable jump from the token’s current price.

PricePrediction has a very positive outlook for GALA in 2023; according to the site, the token will reach a minimum price of $0.44 by the end of the year and could even break above $0.51.

CryptoPredictions doesn’t expect GALA to see its minimum price of $0.31 change in 2023. Its maximum price could hit $0.45 by the end of the year, while its average price will remain seedy throughout the year at $0.36.

PricePrediction is highly optimistic about GALA’s 2025, with a maximum price prediction of $1.09, double the token’s all-time high, and an average price of $0.92.

CryptoPredictions has issued a conservative 2025 GALA price prediction; they see the token hitting a maximum of $0.56 and a $0.39 average price at the end of the year.

DigitalCoinPrice predicts GALA breaking through the $1 barrier by 2030, reaching a maximum price of $1.2 and a minimum of $1.1 which would represent a solid return on investment in the long term.

PricePrediction has issued one of the most optimistic GALA forecasts with a maximum price of $6.7 and a minimum of $5.38.

CryptoPredictions hasn’t offered a 2030 forecast, but it projects GALA’s price to hit a maximum of $0.6 in the second half of the decade.

Reddit users are generally positive about the future of GALA; they expect more gamers to get involved with play-to-earn platforms such as Gala Games, which should drive the price of the GALA token higher.

Can the GALA coin reach $1?

In the short term, the likelihood of GALA hitting $1 is improbable; however, in the long term is possible. According to PricePredictions GALA could be valued at over $5 by the end of the decade.

Is GALA a good investment?

If you invested in GALA before the 2021 price spike in November, then you’ve seen your investment multiplied several times over in a short period of time. Of course, Investing in GALA today is risky, as is investing in any crypto. But according to the price prediction websites, the token’s value will rise yearly.

GALA coin exchange: how to buy GALA with crypto?

If you are impressed by the optimistic GALA predictions, you might want to consider adding some GALA to your long-term portfolio – Swapzone can help you do this for the best price.

Let’s say you want to swap some ETH into GALA; simply follow these steps: