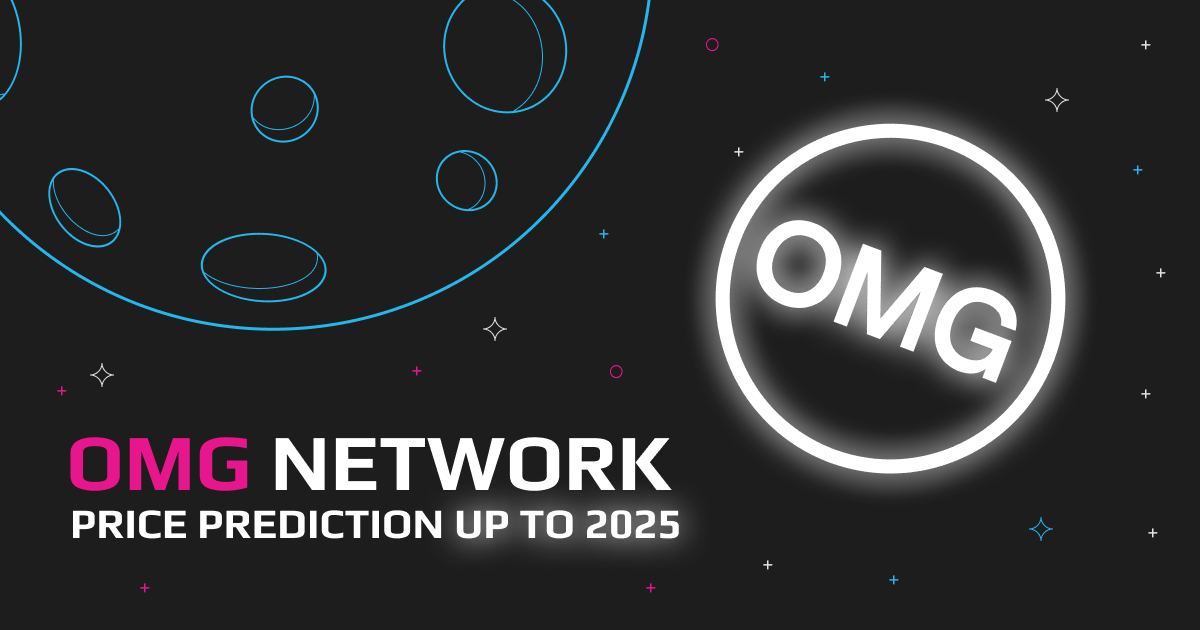 The OMG Network (previously OmiseGO) is an Ethereum and ERC-20 token value transfer network. It bills itself as the first production-grade layer-2 Ethereum; scaling solution allowing individuals to move money and various digital values on the blockchain more quickly, cheaply, and securely. Experts believe that OMG will take a high turn in the near future and term it as a platform to “bet” your money on in the long run. In this piece, we shall be looking at OMG price predictions, the projection of the OMG value and how to participate in its upward trajectory.

What is OMG Network?

OMG is the native cryptocurrency of the OMG Network (OMG), a blockchain network established on top of the Ethereum blockchain that handles Ethereum transactions outside of Ethereum’s leading network; reducing transaction costs and speeding up transaction times. The open-source project guarantees that Ethereum’s decentralized applications (dapps) and crypto transactions are scalable and secure.

Formerly known as OmiseGO, it was launched in 2017. OmiseGO is the brainchild of Omise, a payment gateway service based in Thailand. Omise was established in 2013 and Vansa Chatikavanij governs the Omise team as the current CEO. OMG Network is based on Plasma, a framework created by Vitalik Buterin, the founder of Ethereum, and Joseph Poon, a blockchain expert.

How does OMG Network work?

The platform operates on a proof-of-stake (PoS) consensus algorithm. A consensus algorithm is a mechanism (method) that allows all members of a blockchain network to decide on the state of the distributed ledger at any given time. To verify new blocks, validators must stake OMG tokens. Validators are paid for confirming the activities on the blockchain. Validators’ staked tokens will be burnt on the OMG blockchain if they act incorrectly, such as breaching consensus rules.

Third parties who want to develop a scalable, decentralized payment app on the Ethereum (ETH) network can use the OMG Network’s Layer-2 Plasma architecture to provide high throughput and safety assurances. Layer 2 is a secondary protocol created on top of an existing blockchain system. The network employs users to access, manage, and trade with digital assets securely held on the blockchain. Layer 2 protocols are designed to address the transaction speed and scaling issues that plague bitcoin networks.

The total amount of OMG tokens is 140,245,398, of which 65.1 percent was raised in a public ICO, 5% was widely distributed to users in their wallets, and 20% was held in reserve for the OMG Network. The remaining 9.9% has been set aside for the team.

OMG Network Price Prediction 2021: How Was It?

In 2021, OMG Network continued an upward trend that began in 2020. The price started the year at $2.55, and by May, it had risen to $14, a whopping 450 percent increase. From May to July, there was a price correction, after which OMG surged to reclaim the previous yearly high set in May. It hit a high of $20 in November before losing pace and trading downward until the end of the year.

Expert WalletInvestor foresees OMG as a solid long-term investment in 2022. According to their projections, the price of OMG will reach $7.632 in a year and $19.232 in five years. While they do not expect the price to climb significantly this year, they also do not expect it to fall, convinced that it will rise steadily.

With an OMG price estimate of $5.47 for 2022, it will most likely be the year when OMG Network’s future will be reflected in the price chart it forms. If the adoption rate continues, the OMG price projection of $6.53 is relatively safe. As the cryptocurrency community pays more attention to OMG, its value will rise. As of March 24, 2022, OMG ranked 101 among cryptocurrencies with a market capitalization of $715,318,432.

The future may be excellent for OMG Network price in 2025 if it achieves the adoption rates it seeks. It will be able to stay in the top 50 cryptos in those years because of the value it provides to users. The hazards associated with the OMG are non-existent because it aims to provide a superior function soon. Therefore, following the OMG Network price forecast and technical analysis and a minimum price value of $17.52 expected before the end of 2021; the OMG price is predicted to cross an average price level of $18.00 in 2025.

Many users on Reddit see the rise and growth of the OMG to be certain. The majority of these users believe that the OMG coin is the cryptocurrency to invest in since it has the potential for massive growth in the future years.

While opinions on the OMG currency vary widely among crypto enthusiasts, many Reddit users believe that the OMG Network will have a lot of experience giving blockchain solutions to many organizations around the world in the foreseeable future.

The majority of respondents expressed surprise at the current price of OMG cryptocurrency. They do believe, however, that it is a coin with great potential. The rise of the OMG currency is unquestionable, especially with reports of increasing adoption on several trading platforms.

On the 12th of November 2021, the native cryptocurrency of the OMG Network, OMG, dropped by 33% in 15 minutes after a snapshot of an airdrop from the Boba Network. But how did this happen?

On the 11th of November 2021, OMG hit an intraday high of $19.59 before falling to a low of $12.60. This was because of a picture of users owning OMG wallets on the Ethereum network and the layer-two solution Boba Network. Those who had OMG tokens at the time of the snapshot were eligible to obtain BOBA tokens, the new governance token for the BobaDAO’s November 19 debut. Only 15 minutes after the snapshot, the 100eyes Crypto Scanner alerted users to a “bizarre activity alert” in which the price of OMG dropped dramatically in a short period.

After the completion of the airdrop was disclosed, holders were likely eager to sell the news as soon as possible.

Although the crash affected the growth rate of the coin, OMG has scored 300 percent in the early months of 2022. And the majority of the latest price movement was ascribed to the Boba airdrop.

Not at all. In fact, the OMG has not shown any sign of “dying” or fading away. However, the reason why the notion was developed was that, outside Korea, it was mostly ignored by the mainstream media for many years. The blockchain is so versatile that it can be used for various other things outside money transfers. For example insurance and visitor tracking.

Will OMG Network Go Back Up?

According to the predictions, it’s possible. Nonetheless, most of these predictions should be taken with a grain of salt. Many experts believe that prices will rise in the near future. Nonetheless, forecasts aren’t always precise, and the market could be affected by something unexpected. The value of your investments might go up and down, so keep this in mind when you make your decisions.

Is OMG Network a Good Investment?

According to the forecast and predictions, the OMG Network appears to be an intelligent investment. As long as the market remains stable, which is highly unlikely in some cases; OMG is a good initiative with a lot of potential and will continue to rise and maintain an upward trajectory. It’s a solid investment with the potential for many returns in the near future. However, because of the market’s volatility, users must thoroughly investigate the cryptocurrency market before making a purchase or sale of OMG Network.

Where to Buy OMG Network?

Just like any other cryptocurrency, there are many ways you can buy OMG network. However, you may discover that buying through a reputable global exchange is the most convenient option.

One such reputable exchange platform is Swapzone. It is a non-custodial crypto exchange aggregator which continually monitors the best exchange rates. Swapzone analyses thousands of different cryptocurrency pairings provided by exchange providers, giving you information on crypto exchange offers and services. Thus you can choose the best and instantly convert cryptocurrency with low costs and no registration.