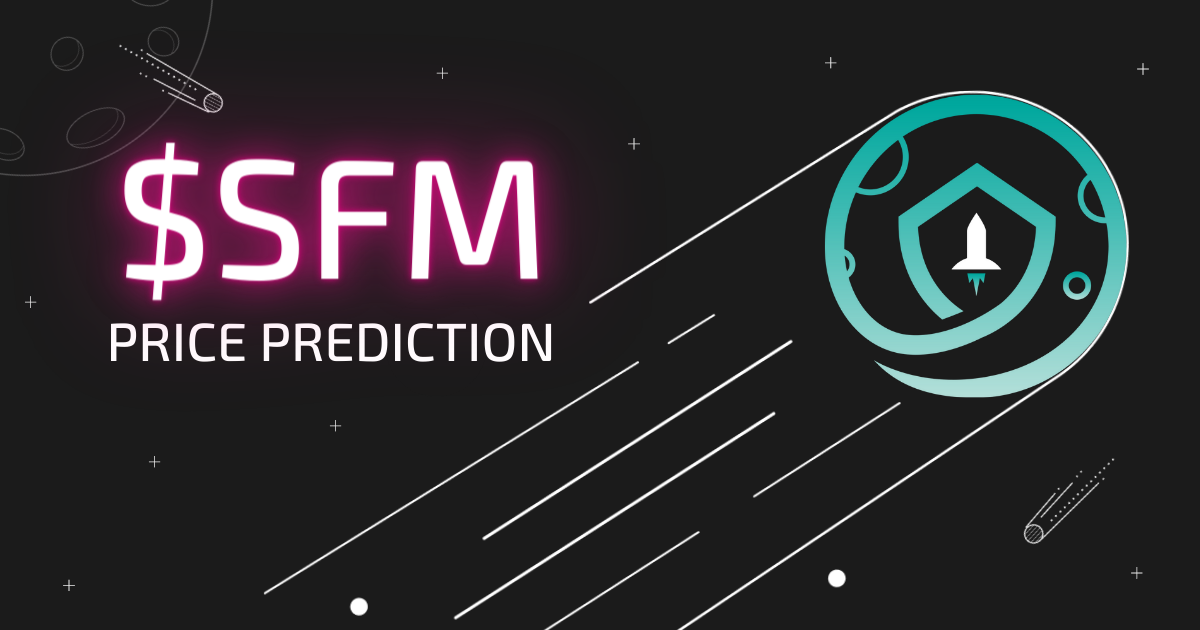 Safemoon was one of the major DeFi highlights of 2021, raking in a massive $5 billion within 50 days. You can say it literally touched the moon as the number of hodlers, otherwise known as the Safemoon Army, grew exponentially.

Since then, Safemoon has been the subject of media debates and criticism, especially because it lost a bulk of its market cap within a short while.

The big question among enthusiasts and hodlers is whether Safemoon can regain its once glorious position in the crypto ranking and hit a threshold price of 1 cent. This Safemoon price prediction article provides an answer to the question and many more.

Safemoon is a decentralized finance (DeFi) token created by a former US Department of Defence analyst, John Karony. It was built on the Binance Smart Chain (BSC) network and launched on March 10th, 2021, with 777 trillion tokens at a unit price of $0.0000000010.

Coincidental with its name and slogan, “safely to the moon,” Safemoon’s initial goal was to “moon” and generate huge and early returns on investments (ROI) for investors. Within its first 40 days of launch, $SAFEMOON hit an all-time high of $0.00001399, equivalent to 13,990% ROI for early buyers.

In December 2021, the team behind the project announced an upgrade and a launch of Safemoon V2 ($SFM), with a total supply of 1 trillion tokens. Existing holders were allowed to convert their $SAFEMOON tokens to $SFM at a consolidated ratio of 1000:1.

$SFM started trading on December 16th, 2021 at a price of $0.0017, as opposed to $SAFEMOON, which continued trading at $0.0000017. Although the Safemoon team migrated its contract address on CoinMarketCap to Safemoon V2, both tokens still exist. Nonetheless, this Safemoon price prediction is centered on $SFM and what the future holds for it.

How much Is Safemoon?

Notwithstanding, it still has a fairly decent market cap of $567 million and a 24-hour trading volume of $4.6 million.

Giving an accurate Safemoon price prediction is difficult. However, several factors, including the project’s future development, mass crypto adoption, and the towering effect of the global financial market, can give us a direction the token could take before the year wraps up.

The trendlines in the chart below show that Safemoon has maintained a downward trajectory for the most part of the year. After consolidating between late January and early February, it eventually crashed further. A similar consolidation setup occurs in March, but the sentiment is generally downward. 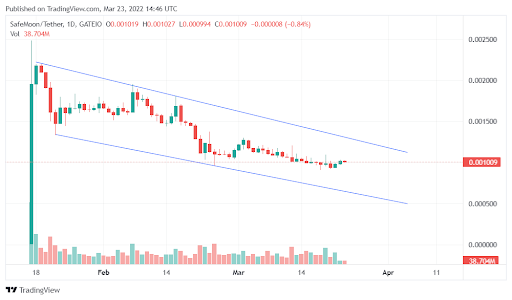 Based on technical analysis, the token may rally within the trendlines further downward until a major event or news is released from the developers. However, it’s likely that the token may not go below the $0.0005 mark. 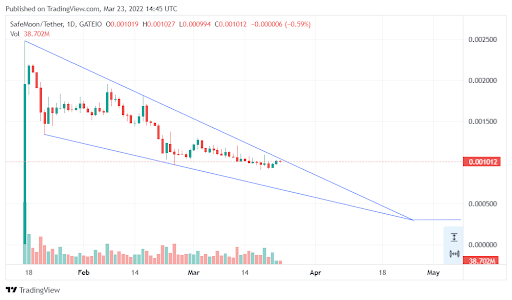 If the market remains bearish and hodlers lose faith, $SFM may tank down to around the $0.0003 region. On a positive note, a favorable swing in market sentiment may lead to a Safemoon price prediction of $0.0022. 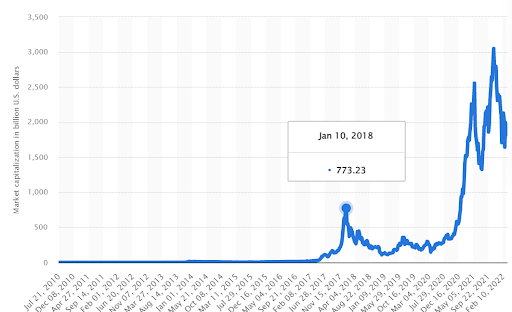 The cryptoverse market cap can potentially rise to about $11.6 trillion by this growth rate. As such, a Safemoon price prediction in 2025 would be a maximum of $0.0077. This is still subject to the leading crypto trends within that period, regulatory laws, investors’ sentiments, and several other factors.

It’s difficult to tell what direction the blockchain industry will take in 2030 and what the Safemoon team would do before this period to remain relevant in the crypto market. But if the project successfully stays in the top 300 crypto projects, a Safemoon price prediction for 2030 would be about $0.0155.

Is Safemoon a good investment?

Safemoon may have the vibes and social media following of every great project, but that doesn’t necessarily make it a good or safe investment.

Objectively, cryptocurrencies are volatile, and you could lose all your funds invested in them. However, to mitigate the risk, seasoned investors always check projects’ whitepapers to ascertain their trustworthiness, goals, plans to achieve the goals and the roadmaps for their actualization.

Safemoon’s whitepaper does not capture any real-world use case besides giving investors high ROI through careful and strategic marketing campaigns. This is one of the several reasons skeptics called the project a Ponzi scheme.

The rumor that the CEO owned 50% of the token’s liquidity fueled critics’ concerns that Safemoon is a potential fraud. However, the migration to Safemoon V2 reignited public trust as it presented a better security architecture. The decision to invest or not is eventually yours to make after you’ve done your due diligence.

Will Safemoon go up?

Safemoon, like every other cryptocurrency, experiences its fair share of volatility, making it rise and fall in response to market forces. The crypto market has been bearish throughout the first quarter of 2022, wiping out $184 million off $SFM’s market cap since its launch.

However, Safemoon isn’t the only crypto project experiencing the heat. Bitcoin lost about $456 billion between November 2021 and March 2022, while Ethereum lost about $212 billion during the same period.

Studying the general market behavior, Safemoon’s chart, and its hodlers sentiment, it’s clear that the price of $SFM may rise in the next bull run.

Before the upgrade to Safemoon V2, it was impossible by every rational market analysis for $SAFEMOON to ever hit one cent ($0.01). A price of one cent means $SAFEMOON would accumulate a market cap of about $7.77 trillion, which is about four times the entire crypto market cap of $1.9 trillion (as of March 23rd, 2022)

For $SFM to hit this benchmark, it has to rise by 1,413%. In line with our Safemoon price prediction for 2030, $SFM could hit the one-cent mark and tower above it.

How high can Safemoon go?

It is impossible to determine exactly how high a coin can go. But speculating through technical analysis, Safemoon may attempt to hit $SFM’s all-time high of $0.003145. If it successfully achieves this, the next ambitious target would be to hit the equivalent of $SAFEMOON’s all-time high, which is $0.01399 in $SFM.

Safemoon enjoyed its time as the rave of the moment. Although it no longer enjoys favorable market sentiments compared to when it launched in March 2021, the token has shown resilience in the face of the bearish run.

Considering several factors, our Safemoon price prediction positions the token as one of the many crypto projects that have the potential of mooning when the next bull run comes. However, it’s difficult to say if and when Safemoon can reach a penny or cent.

How to exchange Safemoon on Swapzone?

If you’re interested in getting Safemoon at ease, Swapzone can help you with that. Follow this step-by-step guide and become a Safemoon holder: