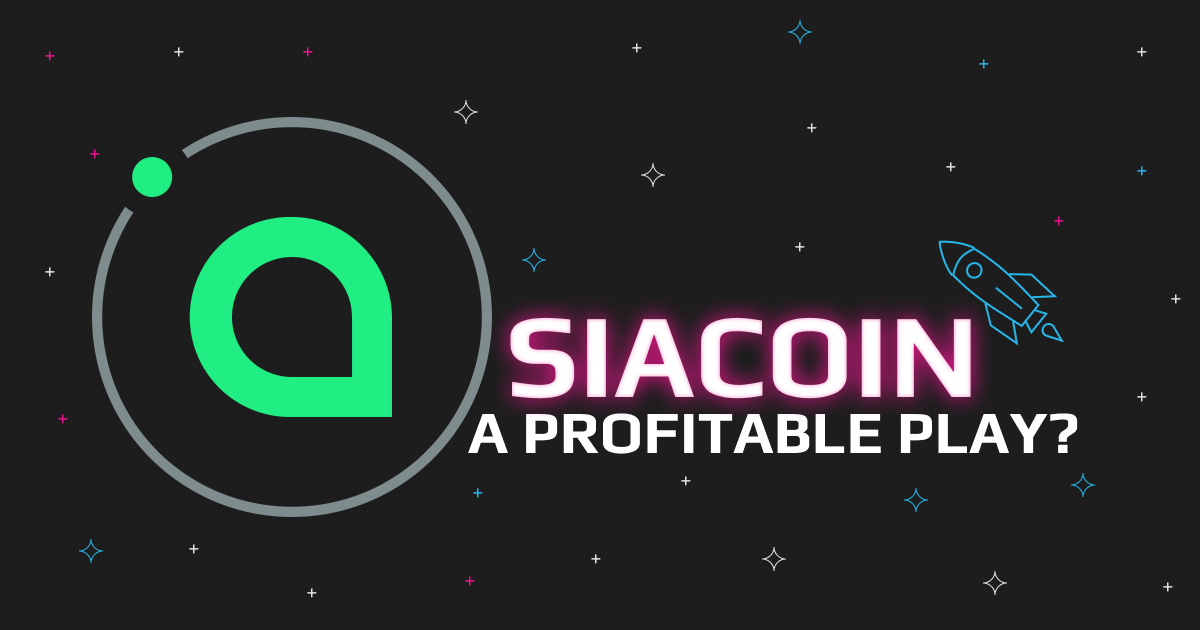 Siacoin (SC) is a cryptocurrency project that encourages users to rent out their spare hard drive space to other users on the network in return for rewards. The idea behind the project is to add a layer of decentralization to the concentrated cloud storage feature of the web currently dominated by big names such as Dropbox, Apple, and Amazon. With Siacoin now trading at a discount, this is a great time to see where the expert analysts expect the price to be in the coming years. But first, before diving into Siacoin price prediction, we’ll give you a little more information about the token itself.

Investing in crypto is a risky game. You should always understand what you’re buying before risking your capital; this article will provide you with the details you should be familiar with before adding Siacoin to your wallet.

The Sia blockchain launched in 2015 and initially failed to gain much traction as it stagnated around its launch price of $0.00007 (a lot of zeros) for over two years.

Despite getting off to a slow start, the project did eventually start getting attention from the crypto community, and in 2017 it began to head to the moon, experiencing a surge to its all-time high of $0.09 in January 2018.

A long-term bull run didn’t follow up the 2018 blast-off, and the price of Siacoin is now 90% below its all-time high.

Siacoin can be used to pay for transactions on the cloud storage network as a reward for miners running the network’s Proof-Of-Work (PoW) mechanism.

SC coin has a circulating supply of just over 50 million, and its total supply doesn’t appear to be limited, according to CoinGecko.

Siacoin’s all-time high in 2018 is now a distant memory to investors of whom many have been potentially waiting for the token to return to historic levels.

The first quarter of 2021 price spike was followed by a bearish trend which saw the token give up almost all of its gains and return to $0.09 by the end of the year.

When, if ever, will SC break its all-time-high again? Let’s see what the experts are forecasting.

SC Price Prediction: What To Expect In The Following Years

Siacoin is, without a doubt, an exciting venture for decades; the cloud storage market has been dominated by a handful of powerful corporations, and SC’s plans to disrupt the market are admirable but are they realistic? If Sia succeeds and takes a chunk out of Apple or Microsoft’s profits, SC could be on the way to the moon.

We’re going to dive into the expert predictions for this token but before reading on, remember that regardless of how good the experts are at predicting the future, you should always do your own research before investing in crypto.

So far, 2022 has not been kind to Siacoin or the cryptomarket, with consecutive red days followed by even redder weeks and months.

On January 1st SC was trading at $0.01 and has been falling consistently throughout the year, hitting a yearly low of around $0.008 in late February.

SC recovered a little from its February low and, as of writing (27th April), to $0.009 with the bears still in control.

Analysts are relatively optimistic about SC in 2022, with most of them expecting the bulls to take hold and push the tokens price up by around 30% to a maximum price of $0.015 and an average of $0.012.

2023 is slated to be a positive albeit not particularly exciting year for SC’s price action, with most of them predicting modest gains.

Analysts expect Siacoin to be returning substantial profits for investors who hold onto the token into 2025.

By January 2025, SC is expected to be valued at an average of $0.018 per token representing a healthy gain of nearly 100% from its current valuation.

The token will continue to grow in value throughout 2025 as it breaks past the $0.02 average price mark in May with a maximum target of $0.025.

If you are a firm believer in the Siacoin project, you might be looking to hold onto the token until the decade’s end. Analysts have a range of projections for 2030 ranging from $0.37 up to $0.50.

Even though 2030 predictions differ markedly, there is clearly a level of consensus among analysts that SC will be worth considerably more in 2030 than it is today.

Predicting the price of an asset nearly two decades into the future is difficult when looking at stable assets and almost impossible when examining volatile assets like crypto.

Despite the complexity of such a long-term prediction, a few experts have given us projections of where SC will be in 2040.

According to CryptoCurrencyPricePrediction, SC could be trading above $10, while other bullish analysts can imagine the token surging even higher if a long-term positive trend develops.

Will Siacoin Ever Reach $10?

In the short to medium term, it’s doubtful that Siacoin will hit $10 as this would signal a historic rally in the tokens market capitalization. However, in the long-term, due to Scia’s ambitious goals, it may break the $10, but we could be waiting for a couple of decades before this happens.

How To Buy Siacoin With Crypto?

With Swapzone, swapping USDT for SC is extremely easy and ensures that you pay minimal transaction fees by comparing 15+ exchange providers. Follow these simple steps to buy CELO with ETH: