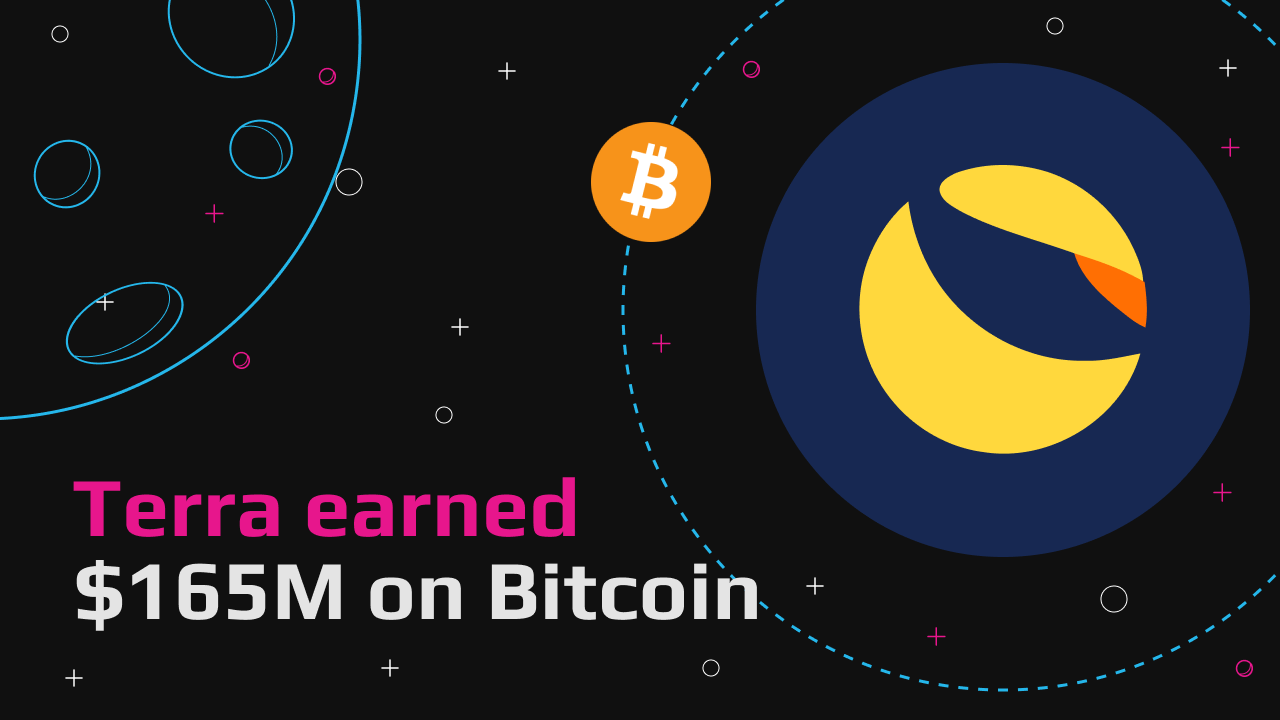 The Luna Foundation Guard (LFG) has profited over $165 million following its spending spree on Bitcoin (BTC), which is expected to continue until it secures $10 billion worth of BTC.

Terra co-founder Do Kwon revealed earlier in March, that LFG would add $10 billion worth of BTC to its wallet with the idea that the BTC could be used to balance the networks’ UST stablecoin.

As of writing LFG’s wallet address has been steadily accumulating BTC since and is currently $164 million in profit and holds over 30,000 Bitcoins while showing no signs of slowing down its purchasing.

Did Terra Create A BTC Rally?

Terra’s BTC shopping frenzy has coincided with BTC’s rally of over 10% in the last week and 14% over the previous two weeks, according to CoinGecko.

It would be easy to associate the BTC rally with the exponential growth of Terra’s wallet, but Do Kwon has been vocal in his Tweets stating otherwise.

Kwon Tweeted: “If I was capable of moving #btc it would not be fit as a reserve asset.  Fortunately Bitcoin is neutral, it cares not what I nor anyone else thinks, and it is mighty.”

Kwon explained that by purchasing large amounts of Bitcoin, asymmetry is created between insiders and traders, which can affect the price action.

He added: “I am not buying Bitcoin, the reserve is for the communities of users that use UST numbering the millions. Everyone should know.”

Terra On Its Way To Top BTC Treasury

According to Blockworks, the top disclosed BTC treasuries are:

The LFG shared Blockworks’ Tweet with the captions “Hold my beer.”, suggesting they are ready to knock MicroStrategy from the top spot.

Considering Terra is already in third place, if it fulfills its plan to add $10 billion worth of BTC to its wallet. Therefore the size of its treasury will dwarf MicroStrategy’s holdings.

The Terra is a Proof-of-Stake (POS) layer 1 blockchain that offers a decentralized stablecoin alternative to centralized projects like Tether USDT through a unique burning and minting process.

When UST slips off its peg, the Terra network incentivizes LUNA holders to mint or burn UST by giving up some of their LUNA; this process of minting and burning ensures that UST’s price remains pegged at $1.

The Terra network’s success is reflected in its UST coins market capitalization of $16 billion and the success of the LUNA token.

Use Swapzone To Add Some BTC To Your Wallet

Terra is expected to invest billions of dollars into BTC. This could result in more upside for the OG of cryptocurrencies. If you don’t want to miss the next move up, this could be an excellent time to add some BTC to your wallet with Swapzone’s help.

Let’s say you want to swap some ETH into BTC; simply follow these steps:

Great you’ve added some BTC to your wallet at the best market rate.