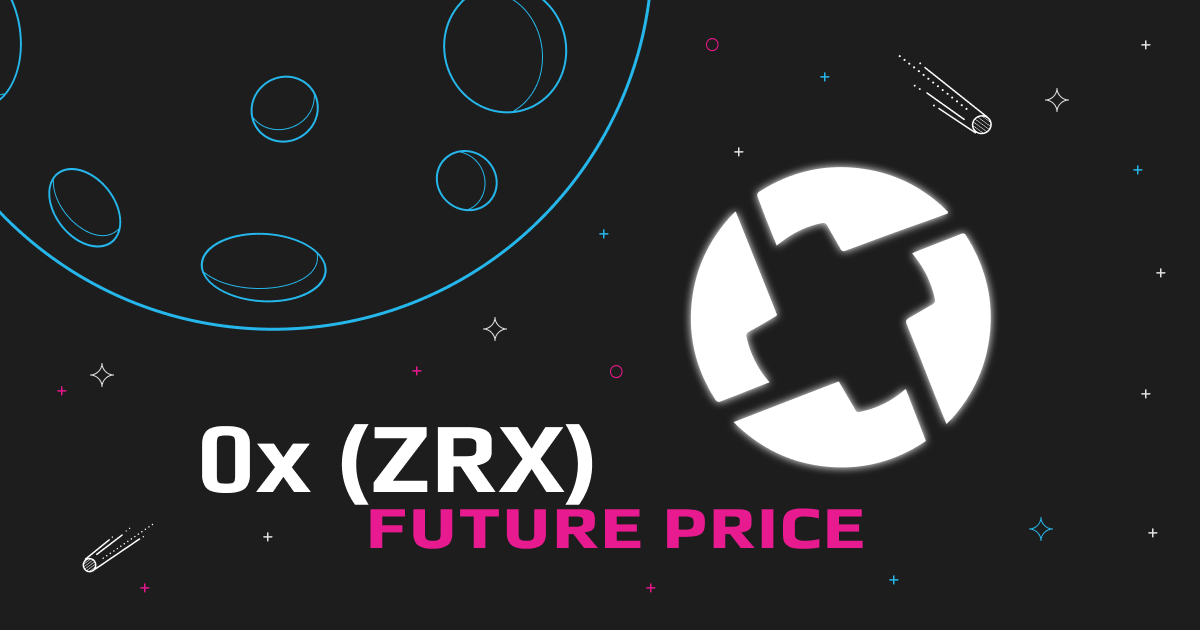 0x (ZRX) might not be the catchiest name, but this decentralized Ethereum exchange protocol should not be overlooked. The protocol is designed to make exchanging tokens without a central exchange like Binance or Coinbase simpler and safer. The developers behind the project expect decentralized protocols to cut deeply into the profits of the exchanges that currently dominate the market.

If 0x becomes a market-leading protocol, its native token will surely benefit. With ZRX trading at a considerable discount from its all-time high, this is a perfect time to look at expert forecasts for ZRX. However, before we delve into the future of ZRX, we’ll get some background on the token.

The 0x project launched in 2017, and it’s essentially a decentralized crypto exchange (DEX) where users can swap tokens on the Ethereum (ETH) blockchain without using centralized exchanges like Coinbase and Binance.

The 0x network overcomes the issues facing its centralized competition with its protocol that moves orders off the blockchain. It only brings them on chain once they are settled, which, according to the 0x team, makes the process faster, cheaper, and more secure.

The ZRX ERC-20 token is used to pay for transactions on the network and contribute to governance.

ZRX has a maximum supply of 1 billion, a circulating supply of 847 million, and a market capitalization of $612 million, according to CoinGecko.

From the first week of January, it was clear that 2021 would be an exciting year for the token as its price began to climb at breakneck speed. First, it broke above $0.5 towards the end of the month and then moved above $1 in early February.

The bulls appeared to be in control as a new all-time high looked increasingly likely, especially after ZRX moved above $2 in April.

Unfortunately for the bulls, the incredible ZRX rally that started in early 2021 ran out of steam, and its price dropped suddenly in May, hitting $2 before falling further to just $0.6 in June.

Although ZRX recovered slightly towards the end of 2021, it finished the year at around $0.8, well below its highs in April.

ZRX almost made it over its 2018 all-time high last year but failed. As regulators come knocking on doors of centralized exchanges, decentralized alternatives like 0x stand to benefit. So could ZRX hit a new all-time high this year? Let’s see what experts predict.

This year has not been kind to most cryptocurrencies as the market has taken a deep dive since Bitcoin’s all-time high late last year. ZRX started the year at $0.8 and proceeded to drop down to $0.5 by February.

Since February, ZRX has recovered and briefly moved above $1 in April before dropping to $0.7 earlier this month.

Analysts are optimistic about ZRX’s price movements moving forwards this year. Most experts see the token’s average price stabilizing around $0.8 throughout the year and hitting a maximum of $1.1. Therefore, even if ZRX isn’t expected to set a new all-time high this year, it is expected to return double-digit profits.

The steady increase in ZRX’s price is forecast to continue into the middle of the decade. Analysts see the token solidifying an average price of around $1 in 2025 with a maximum target of $1.3. Some outliers in the analyst field, such as PickaCrypto, believe the token could be worth over $5 by 2025 if the developers hit all their targets, while CoinzPress expects it to hit $2.5.

Predicting where a token with a relatively small market capitalization like ZRX will be by the end of this decade is a difficult task. As a result, forecasts vary considerably among analysts.

The majority of predictions for ZRX range from $5 all the way up to $20, the more optimistic experts believe that 0x will fulfill its plans to become a top player in the decentralized exchange market.

Even though the difference between predictions for 2030 are vast, it is clear that most experts see ZRX trading well above its 2018 all-time high by the end of the decade.

ZRX’s presence on Reddit is relatively limited; the users who are discussing the future of the token expect it to hit a new all-time high in the short to medium term. One optimistic user started a thread debating whether ZRX could hit $100, but the responses suggest that most people on Reddit can’t see this happening any time soon.

Is ZRX a Good Investment?

ZRX appears to be a solid investment in the short term, with most experts forecasting a solid return from the token over the next few years. In the long term, ZRX could become a leading DEX, resulting in ZRX hitting so far unseen highs later on in the decade.

0x Coin Exchange: How To Buy ZRX With Crypto?

Swapping USDT or any other crypto for ZRX through Swapzone is extremely easy and ensures that you pay minimal transaction fees by comparing 15+ exchange providers. Follow these simple steps to buy ZRX with USDT: