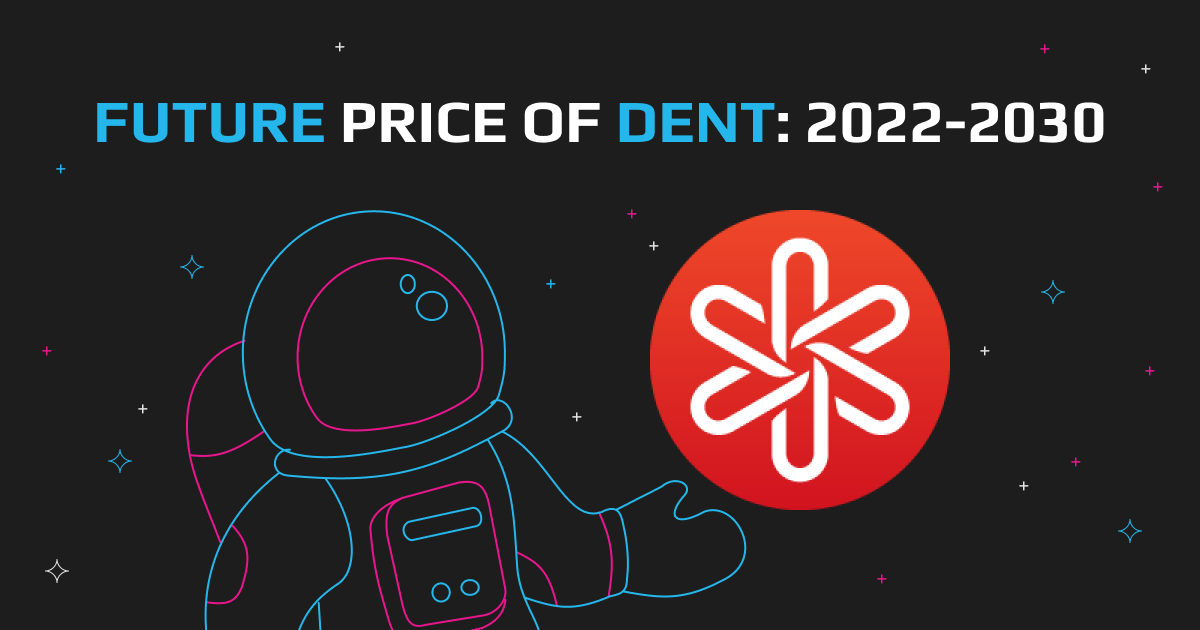 The DENT project is a brand-new and exclusive ecosystem that aims to build a smartphone and mobile phone users community. On that end, the DENT project’s creators hope to achieve this goal in the future so that they may encourage mobile service providers to acquire better terms than they presently have. Here are a few things you need to know about the project, the DENT crypto, a DENT coin forecast for the next few years, and where to buy DENT.

What is Dent Coin?

Dent is an Ethereum-based decentralized mobile data exchange. It uses an auction system to allow you to buy, sell, and freely distribute mobile data. Smart contracts that work on the Ethereum blockchain are known as data storages, and on the platform, the DENT crypto is used to buy mobile data.

Dent Price Prediction 2021: How Was It

Dent coin had a large trading volume and a high market capitalization in 2021. The only thing that kept users’ minds wandering was the coin’s huge supply, and many said that only the burning of the currency would cause this coin’s fast growth to be a miracle. The coin’s price was predicted to reach a high of $0.0095 in 2021.

Over the last period, DENT has performed admirably. In addition, the DENT price is in a bullish trend. If the current trend continues, DENT might join the bulls and break through the $0.023 resistance level, rising further to $0.5. Here’s what you need to know about DENT coin price prediction for the next few years.

According to experts’ technical analyses, the price of Dent (DENT) will not decrease, fall, or drop in the long run. Still, it will take some time for the cryptocurrency to reach $1, but it will most likely accomplish it in the long run because the project has several strong points that will entice investors.

Is Dent Coin a Good Investment?

The project aims to improve the efficiency and cost-effectiveness of the global telecommunications industry. Therefore, it is possible to forecast that investing in Dent (DENT) for the long term will be profitable based on this and other relevant facts. We use the word “long-term” to refer to the Dent forecast for a period of 5 years or more.

Where to Buy Dent Coin at the Best Rate?

So now that you’ve learned everything there is to know about the Dent project, how do you go about purchasing their native token, DENT. Swapzone.io is always the straightforward answer. Let’s cut to the chase and discover how to buy DENT coin on Swapzone by exchanging it for USDT: