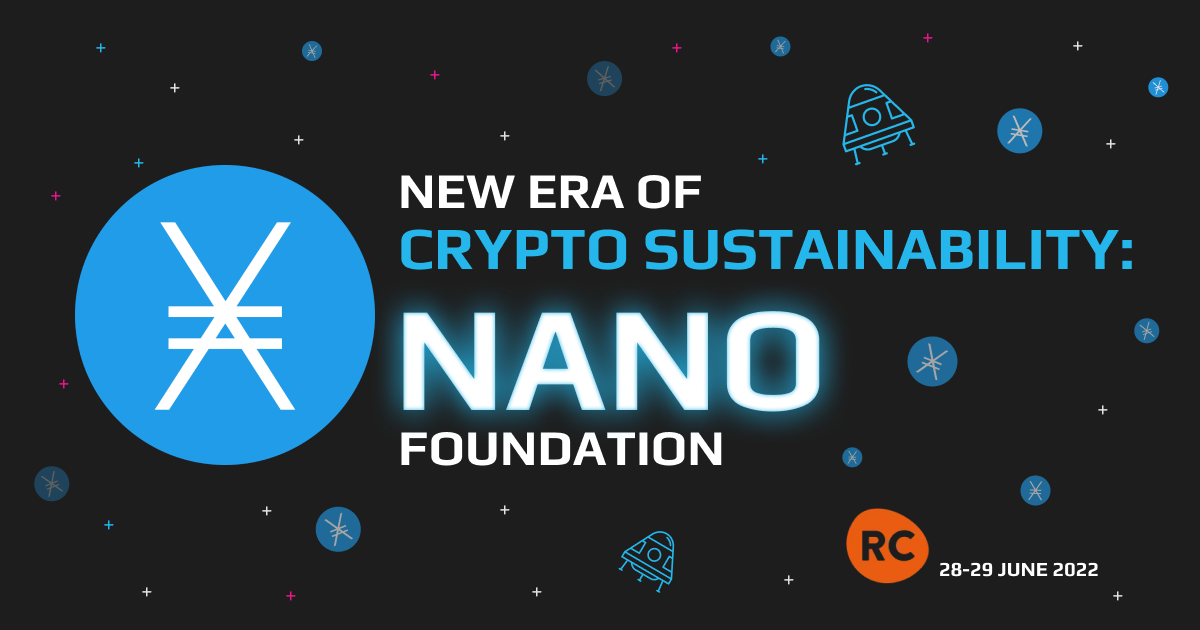 Digital money shouldn’t cost the earth. That is the central message of Nano’s lightweight blockchain ecosystem, a far cry from the existing energy-intensive Proof-of-Work method of mining and securing some of the world’s most popular crypto projects like Bitcoin and Ethereum.

However, with the introduction of Nano’s new Open Representative Voting ecosystem of ultrafast transactions running on a green decentralized network, the future of environmental-friendly crypto projects has never looked brighter.

Energy consumption is one of the many flashpoints of cryptocurrency and blockchain technology. In the last decade, environmental activists and crypto critics have rightly pointed accusatory fingers at the crypto industry for exacerbating the already critical environmental crisis because of its ever-increasing energy needs.

Take Bitcoin, for example. The energy required to sustain its massive network is enormous and rivals the energy needs of many small countries. According to data from Diginomist’s Bitcoin Energy Consumption Index, the annualized total carbon footprint of the No.1 cryptocurrency is about 73.67 Mt CO2 (a number comparable to the carbon footprint of Turkmenistan, a country of over 6 million people). In terms of electrical energy, Bitcoin’s yearly average of 132.07 TWh rivals Argentina’s power consumption.

This staggering energy consumption statistics have drawn condemning remarks to the whole crypto industry from staunch crypto critics such as Bill Gates, who said “Bitcoin uses more electricity per transaction than any other method known to mankind…it’s not a great climate thing.”

The Mining Problem: What Could Be In Store For Us if Proof-of-Work is Here To Stay

The idea that became Proof-of-Work (PoW) was first introduced to the world in 1993 by Cynthia Dwork and Moni Naor, before being popularized and adopted to the bitcoin blockchain by Satoshi Nakamoto in 2008.

An edX course describes this mechanism in more detail, “The Proof-of-Work consensus algorithm involves solving a computationally challenging puzzle to create new blocks in the Bitcoin blockchain. The process is known as ‘mining’, and the nodes in the network that engages in mining are known as ‘miners’. The incentive for mining transactions lies in economic payoffs, where competing miners get rewards for their work.”

The problem with the PoW consensus system is its enormous energy consumption requirement and the unsustainable computing power needed to solve increasingly-complex mathematical puzzles, which requires even more energy with time.

Bitcoin: A Giant In Energy Consumption

As mentioned earlier in the article, Bitcoin is a significant energy hog, consuming an unsustainable percentage of the world’s energy. In fact, Kazakhstan, now the world’s second-largest Bitcoin hub since the infamous crackdown in China, gets about half of its energy needs from high-emission coal plants. Perhaps even more concerning, one single bitcoin transaction (according to Diginomist’s Bitcoin Energy Consumption Index) cost the planet 802.60 kgCO2, 1438.96kWh of electricity (equivalent to the power consumption of an average U.S. household in about 50 days or 968,151 VISA transactions), and 377.50g of additional toxic waste.

Today, the Bitcoin ecosystem consumes more energy than entire nation-states, and if it were a country it will rank No.30, higher than countries like Norway or the United Arab Emirates. These enormous energy consumption numbers are expected to keep rising to unsustainable figures as more miners look to keep adding power-hungry machines to their mining setup to keep up with the rest of the network.

Nano Foundation: Can Crypto Be Green?

The simple answer to this question is yes. One of the factors that make crypto energy-intensive is the notorious Proof-of-Work mechanism, and if avoided, crypto projects could become greener and energy-efficient.

The Core of Nano: Sustainability, Efficiency, and Eco-friendliness

Nano (with it’s native $XNO token) is the future of cryptocurrencies and the blockchain. Being a sustainable, energy-efficient, and eco-friendly project, Nano performs lightning-fast transactions without PoW mining or other energy-intensive processes.

Instead of mining, Nano uses an innovative and energy-efficient Open Representative Voting(ORV) system to secure its vast network. Thus, providing an eco-friendly and sustainable currency for a greener future.

No Mining: What is Nano’s Open Representative Voting

The Nano blockchain has pioneered a unique Open Representative Voting (ORV) consensus mechanism. With this network, every account is free to select representatives who can vote on their behalf regardless of whether the delegating accounts are online or offline. These representatives could grow their chances of becoming principal representatives depending on the sum of Nano in the balance of the accounts they represent.

Other online nodes will then rebroadcast the votes from the chosen representatives. As these votes are shared and rebroadcasted between nodes, they are tallied up and compared against the online voting weight available.

Once a node sees a block and gets enough votes to reach quorum, that block is confirmed. Due to the lightweight nature of Nano blocks and votes, the network reaches confirmation fast and within seconds. All these processes require little energy impact.

Notably, the Nano mechanism is distinct from the Proof-of-Stake mechanism because the funds associated with voting are not locked. Also, Nano funds present in the account can be spent by their owners with zero restrictions.

Comparisons Of Energy Consumption Between Nano and Other Currencies

Nano At The Reset Connect Event: What’s It About, and Why Is It Important

As one of the leading eco-friendly crypto projects, The Nano Foundation will be joining the Reset Connect Event in London on the 28th & 29th of June 2022. This year, the London Climate Control Week brings together world-leading climate professionals and communities across London and beyond to find practical solutions to climate change.

In addition, Nano directors, George Coxon and Colin Lemahieu will be speaking at the event about the energy usage of cryptocurrencies, the sustainability of Nano, and how it differs fundamentally from other cryptocurrencies.

The overarching question is probably whether blockchain technology, with its advancements, is laying a solid foundation for a sustainable future in the financial world. Nano developers believe sustainability should be promoted more to establish cryptocurrencies safely and on a large scale.

In December 2020, Jack Dorsey said that by 2030 “We believe that cryptocurrency will eventually be powered completely by clean power, eliminating its carbon footprint and driving adoption of renewables globally,” Well, that revolution is already here with Nano.