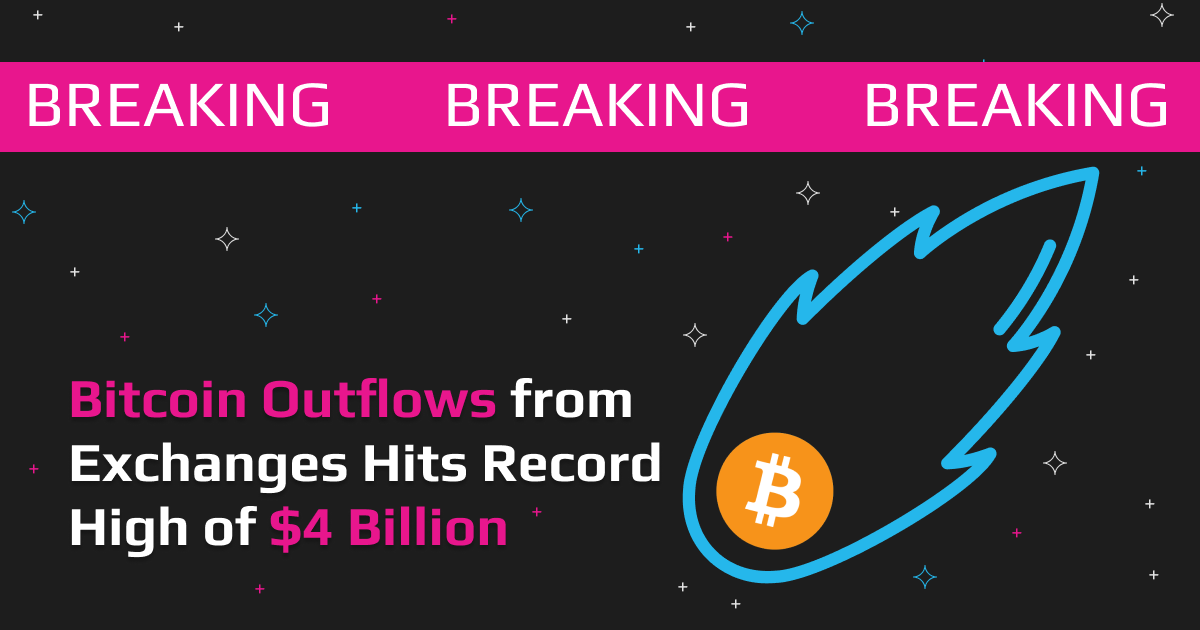 The co-founder of the crypto analytics firm Glassnode says a spike in Bitcoin’s price is inevitable as BTC outflows from exchanges reach historic monthly highs of $4 billion.

According to Allemann, his analysis revealed that investors are holding or saving their BTC instead of selling despite the coin suffering consecutive red days.

He explained: “Bitcoin’s illiquid supply has been increasing for the past 214 days. Surpassing the 2020 accumulation.

“BTC selling pressure is fading. See for yourself.”

Allemann is confident that the fading selling pressure is a sign of aggressive accumulation, which will result in an uptrend in the long term regardless of short-term fluctuation.

March was a good month for Bitcoin, with its price hitting over $47k on news that the Terra foundation would add billions of dollars worth of BTC to its reserves to stabilize its native UST stablecoin. Unfortunately, despite a strong March, April has gotten off to a rocky start.

No Easter Rally For Bitcoin…Yet

Despite the Terra network’s purchasing program and Alleman’s promising long-term analysis, Bitcoin’s trajectory has not been kind to the bulls during the first half of April.

According to data from CoinGecko, BTC started the month just above $44K and broke above $46K by the 5th of April; however, the bullish pattern broke down before breaking the $47K barrier.

Since the 5th of April, BTC’s price has been slipping; in the last 7-days, it has lost just over 11%, and as of writing, it’s trading at around 41K.

The short-term downtrend in the cryptocurrency market correlates with the major stock market indices that have been struggling as inflation pressure weighs on the global economy.

Allemann’s Tweets suggest a bad start to April won’t set the standard for the rest of the year.

The Glassnode co-founder looked at the outflow of BTC from major exchanges and found that the monthly average is around $4 billion, which is near historic highs.

He added that this level of outflows has rarely occurred in the short history of Bitcoin, with the last comparable spike occurring following the March 2022 crash.

The March crash was followed by an explosive outflow of BTC from exchanges and saw Bitcoin’s price rally from around $6,000 to $65,000 in less than one year.

Allemann’s last BTC tweet showed that short-term confidence around BTC is being reignited, and he added that even if we witness short-term price swings, higher prices are inevitable in the long run.

Agree with Allemann? Swapzon Can Help You Buy The Dip.

If you’re convinced by Allemann’s price analysis and plan to HODL BTC, then Swapzone can help you add the token to your currency without paying high trading fees.

For example, if you want to swap your USDC for BTC, follow these steps:

Congrats! You’ve added BTC to your long-term portfolio without being charged high fees.