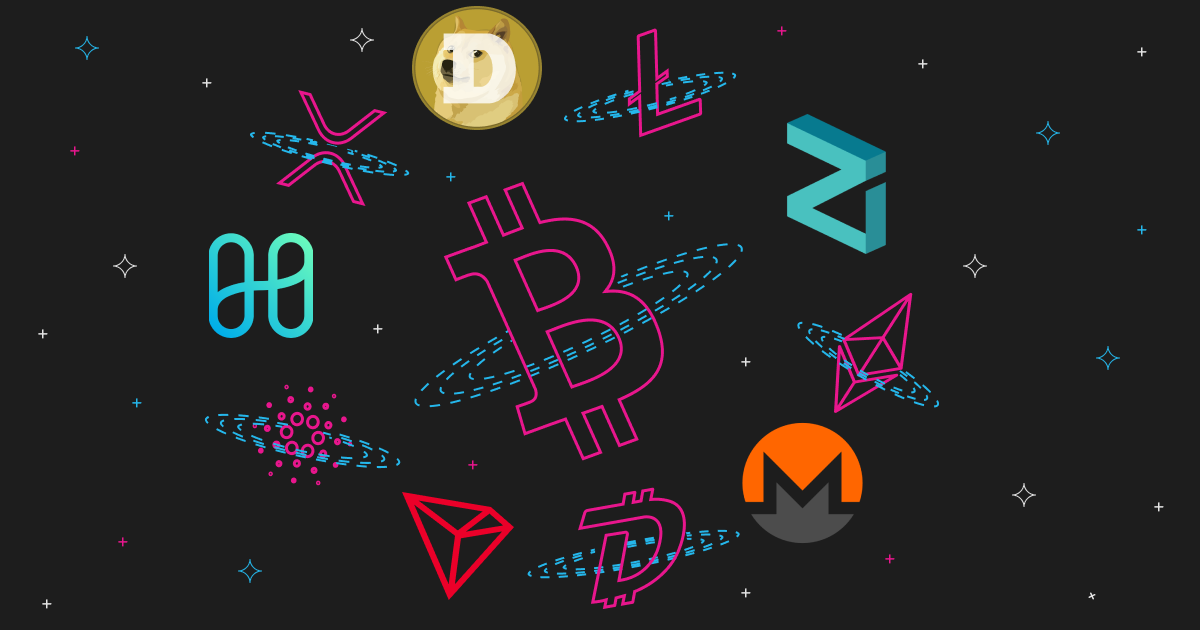 If you are an avid cryptocurrency investor, then you must have realized just how close-knit the cryptocurrency market is. Cryptocurrencies, while different in very many ways, are still very dependent on each other. When one crypto starts to rise or fall, chances are other cryptos are going to follow the same trend. For instance, every single time the price of Bitcoin rises, the price of altcoins rises as well. But why does this happen? If you ever thought of the correlation between cryptocurrencies and why altcoins follow Bitcoin, this article is for you.

One can simply say that the whole cryptocurrency market is made up of Bitcoins and altcoins. Altcoins take advantage of the decentralized concept of Bitcoin, but take things up a notch with additional features. Ethereum, the largest altcoin by market value, projects itself as a better replacement for Bitcoin. It introduced the concept of smart contracts, which are codes that can automatically execute contracts between two or more parties via blockchain technology.

Other altcoins are targeting Bitcoin drawbacks in order to come up with competitive solutions. For instance, a majority of altcoins offer improved functionality, faster transactional speeds, and scalability. However, Bitcoin, compared to all other coins, still has the largest market capitalization that’s slightly below half of the market.

What is the difference between Bitcoin and altcoin?

There is no doubt that both Bitcoin and altcoins share the same basic framework. Bitcoin was the first cryptocurrency to succeed and therefore, its design and technology set the benchmark for the development of other cryptocurrencies. Unfortunately, it comes with a bunch of shortcomings such as the PoW consensus mechanism that’s both time-consuming and energy-intensive. Additionally, the capabilities of Bitcoin smart contracts are severely limited as well. With that said, here are some noteworthy differences between Bitcoin and altcoins.

Crypto correlation: Do altcoins depend on Bitcoin?

Cryptocorrelation is a term used to describe the behavior of one cryptocurrency towards the behavior of another. Market analysts and experts discovered the first correlation between cryptocurrencies in 2017 when the collapse of Bitcoin led to the eventual drop in the capitalization of all other cryptocurrencies. The fact that Bitcoin jump-started the whole crypto industry has enabled it to have the final say regarding market sentiment. Additionally, traders and investors almost always check Bitcoin before deciding whether or not to sell their altcoin positions.

Simultaneously, there are times when a drop in Bitcoin’s value leads to a surge in an altcoin’s value. The most reasonable explanation for this is that investors will usually pull their capital out of Bitcoin investments and simply channel it to a promising altcoin. This action leads to a fundamental increase in the particular altcoin. Additionally, a promising altcoin that receives market hype, is capable of experiencing a bull-run all on its own. Therefore, it isn’t entirely true that all altcoins depend on Bitcoin.

There are several reasons why altcoins follow Bitcoin in general. These reasons can be summarized as follows:

Where to buy altcoins?

Altcoins are very popular nowadays with new ones appearing every day. Hence, the popular altcoins and even the new ones are listed on the altcoin exchanges.

What is altcoin exchange?

Altcoin exchange is any exchange platform that enables you to buy, sell, or trade any altcoin. Most frequently the altcoin exchanges have the popular alts like Verge, Ravencoin,Zilliqa, Solana, Cardano, Ripple, etc. However, since the new meme tokens create a lot of hype and traction when they just appear, altcoin exchanges tend to quickly list them as well.

What is the best altcoin exchange?

How to buy altcoins with Bitcoin on Swapzone?

If you are stuck on how to buy altcoins with Bitcoin or where to buy altcoins, don’t worry. Altcoins can be found on every major altcoin exchange in the market. Swapzone is no exception. Here is a detailed explanation on how to exchange altcoins to Bitcoin on Swapzone:

Step 2. On the homepage, you will see the “select pair” tab.

Step 3. Insert whatever altcoin you wish to exchange in the “send” section along with the amount you wish to swap out.

Step 4. In the “get up to” section, simply select BTC as the cryptocurrency you wish to receive.

Step 5. Swapzone will immediately offer you several conversion rate offers from a number of their exchange partners. You will notice that there is an option to filter out results. Take your time and figure out which offer you want.

Step 6. Select the offer you like and click on “exchange”.A new window will pop up requesting that you provide the necessary details to complete the swap.

Step 7. Once you’ve entered these details and want to continue, click on “proceed to exchange” to begin the transaction.

Step 8. The transaction will start. It may take a little while so be patient while the process runs.