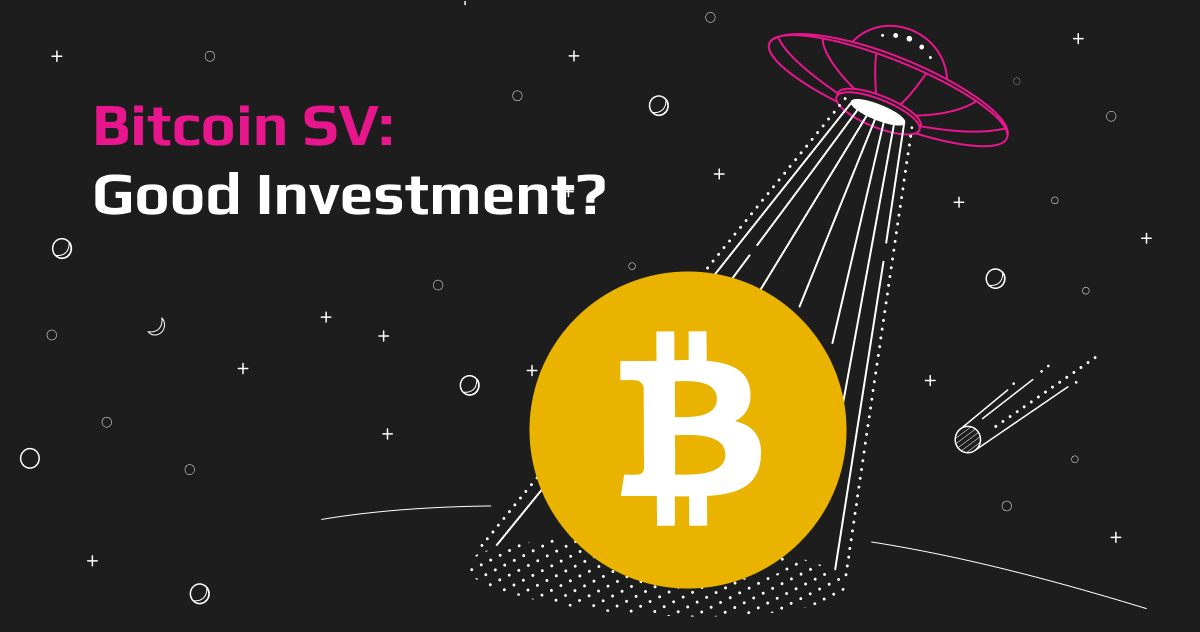 Bitcoin SV (BSV) is a fork of Bitcoin Cash that emerged in November 2018. The project is headed by Craig Wright, who claims to be Satoshi Nakamoto, the creator of Bitcoin. In our Bitcoin SV price prediction, we outline what we believe is the most likely price trajectory for BSV over the next few years.

What is Bitcoin SV?

Bitcoin SV is intended to be a “pure” implementation of the original Bitcoin protocol. The project’s developers have made a number of changes to the Bitcoin Cash codebase, including increasing the block size limit to 128MB and removing the SegWit code. The fork occurred on November 15, 2018, and Bitcoin SV emerged as the dominant chain with around 60% of the hash power. The result was a split of the original Bitcoin Cash community, with some miners and developers supporting Bitcoin SV while others continued to work on the version of BCH that is now known as Bitcoin ABC.

Bitcoin SV is secured by the proof-of-work consensus mechanism. A proof-of-work consensus mechanism is a system that requires users to show proof of work in order to add new blocks to the blockchain. This mechanism is used to prevent Sybil attacks, whereby a malicious user creates multiple identities in order to gain control of the network. In a proof-of-work system, each block is assigned a difficulty level. In order to add a new block to the blockchain, users must solve a cryptographic puzzle that is of equal or greater difficulty than the assigned level. This process is known as mining. Once a user has solved the puzzle, they can add the new block to the blockchain and receive a reward for their work.

The block size of the bitcoin blockchain is limited to 1MB. Therefore, it can be seen that Bitcoin SV intends to increase the block size, with a maximum limit of 128MB.

Bitcoin SV Price Prediction 2021: how was it?

Bitcoin SV was predicted by many crypto analysts to rise in price in 2021. This was due to the fact that the digital currency saw a lot of volatility in 2020 and was expected to stabilize in the following year. Bitcoin SV started the year at around the $163.63 mark and reached an all-time high of $491.64 on April 16. This was even higher than most predictions by analysts. However, the coin closed the year at around the $121 mark. This is lower than many predicted and actually was the opposite of the stability many analysts predicted of the coin.

The future of Bitcoin SV is shrouded in uncertainty. It is difficult to accurately predict what the future holds for digital currency, but many believe that it has a bright future. Bitcoin SV has the potential to become a major player in the digital currency market, and its popularity is growing. Many people are drawn to its low transaction fees and its ability to handle large amounts of data.

According to the Bitcoin SV price prediction and technical analysis, the BSV price is predicted to cross an average price level of $340.11 in 2025, with a minimum price value of $328.74 before the end of the current year. Likewise, BSV can reach a maximum price of $381.37.

However, you have to note that as we go farther into the future price predictions, the predictions become less reliable.

Is Bitcoin SV a good investment?

It is difficult to explicitly say whether a coin is a good investment or not. This is because of the fact that the cryptocurrency market, in general, can be a highly risky and volatile space to enter. Nevertheless, the chances of finding a good coin to invest in are always there. There are a few factors that you must consider when thinking about what coins to buy. For instance, Mid-cap companies have market capitalizations of $3 billion to $10 billion and have more space for expansion. Small-cap companies, with market caps of $300 million to $3 billion, are considered risky investments.

Remember to always do your own research.

How to buy BSV with crypto?

There are a few different ways to buy BSV with crypto. The most common way is to use an exchange that supports BSV. You can quickly convert BSV using a wide range of instant cryptocurrency exchange providers listed on Swapzone, and you can review these supported exchangers, their offers, and the exchange rates they select. To prevent any problem while making crypto to Bitcoin SV or Bitcoin SV to crypto transactions, study their KYC/AML policies and the community’s comments, and check if the fees are included in the estimate.

Let’s say you want to swap some ETH into BSV; simply follow these steps: