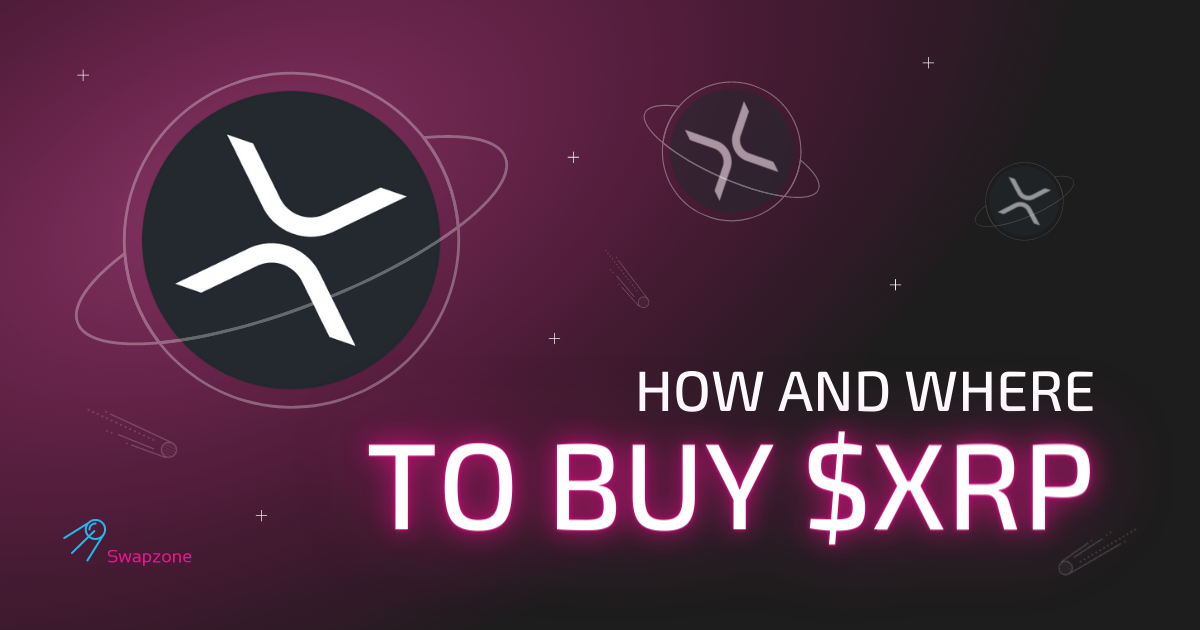 Ripple is one of the most popular blockchain networks in the world. By facilitating swift and cheap transactions, Ripple has carved a name for itself in the world of financial services. So it is hardly surprising that its native currency, XRP, has grown in value by more than 2,000% since its launch despite the effect of the crypto winter. Popularly called the world’s first global payment system, XRP is used to facilitate cross-border payments, eliminate counterparty risk, and provide liquidity.

If you want to add XRP to your wallet, this is where Swapzone comes in handy. This article will cover how you can get XRP at a competitive rate with the Swapzone aggregator. We’ll also provide valuable information about the project so you can decide if it would be a great long-term investment.

First, go to Swapzone.io. You can then scroll down and check out the available tokens you can exchange with XRP. We’ll use USDC, but the process is the same for any other token.

2. Decide How Much XRP You Want To Swap

Now, you choose how much of USDC (your token) you want to swap for XRP.

The first box you need to fill out is SEND; select the amount of USDC you intend to swap, and then check the Get Up To box that tells you an estimate of how many XRP tokens you’ll get. You should remember that the amount of XRP you’ll receive depends on market conditions.

3. Pick The Exchange That Suits You

This is a critical part of the swap. Ensure you take your time and double-check all the details you enter here. First, enter the XRP wallet address where your tokens will be sent, then a USDC refund address, and your email address if you want to receive Swapzone updates. Next, check the information you entered again, read and accept the terms and conditions, and then click the proceed to exchange button.

It’s now time to pay for the swap by sending the USDC amount specified in the second step to the deposit address. Like in the last step, you need to take your time here and send the USDC to the correct address; otherwise, you may lose your tokens.

The XRP tokens will be sent to your wallet once the exchange is completed, so check your account to see if the tokens have arrived. And that’s it. You just completed a transaction with the Swapzone aggregator!

Should You Buy XRP?

(Disclaimer: None of this article’s information should be considered investment advice; always do your research before investing.)

Ripple is a payment protocol and cryptocurrency that enables banks and other financial institutions to transact domestically and internationally with minimal cost or fuss. Ripple was created to solve existing cross-border remittance challenges, which are high costs and slow speeds. Although Ripple was designed to facilitate international transactions, it has expanded to many other use fields in recent years. The company also owns a significant portion of the XRP supply, controlled by a small group of individuals and used internally within the company.

XRP was initially developed by one of the co-founders of Ripple in 2011, but the company separated from each other following a legal dispute in 2012. However, the team that developed XRP formed an independent company called Ripple Labs in 2013, while XRP was launched officially in 2014.

If you’re interested in the Ripple network, you might want to know the applications of the XRP ledger that financial institutions, individuals, and developers can take advantage of. There are 5 of them: Payments, Tokenization, DeFi, Central Bank Digital Currencies, and Stablecoins.