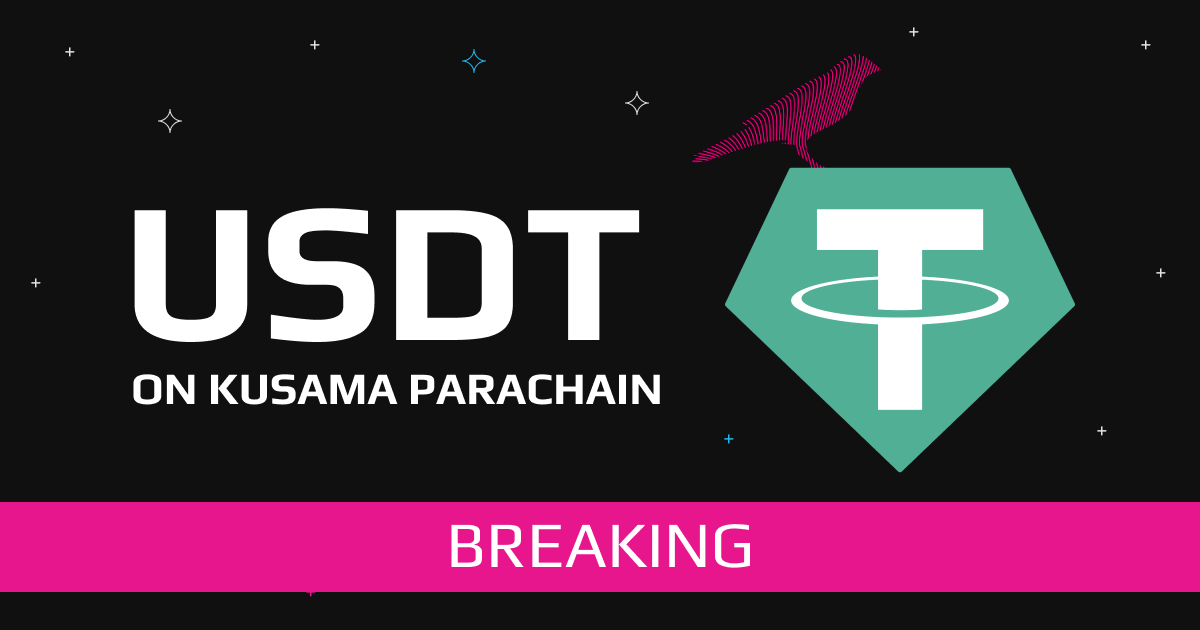 Tether Operations Limited has announced that it will be launching its market-leading USDT stablecoin on Kusama’s Statemine parachain where it will be used to power transactions.

According to an official Tether blog post published yesterday, 13th April, Tether USD (USDT) will be traded with the ID ‘1984’ on Kusama.

Paolo Ardoino, CTO at Tether, said: “We’re excited to launch USDT on Kusama, offering its community access to the most liquid, stable, and trusted stablecoin in the digital token space.”

USDT is the largest stablecoin by market capitalization with a valuation of over $80 billion, making it the third-largest cryptocurrency on the market.

Kusama’s (KSM) blockchain is known as a ‘relay chain’; these chains are almost identical to the Polkadot (DOT) network but are designed to offer a more flexible alternative to developers.

The idea behind Kusama is to allow developers to create ‘risky’ projects at a lower cost before spending big on buying a slot on the Polkadot network.

On Kusama, teams can build all sorts of projects and then hand control of the projects over to the community – Statemine is one of these projects.

Statemine is a parachain that operates alongside the Kusama relay chain and functions as a balance keeper for non-fungible and fungible tokens.

Users can deploy tokenized artwork (think NFT art) and crypto tokens on Kusama through the Statemine network with minimal fees and a high level of security.

Deploying USDT on the Statemine chain is a big step for Tether as it increases the market reach of the stablecoin.

According to Tether, decentralized applications such as Statemine are looking to use stablecoin to run their networks, and Tether provides a highly liquid and secure option for covering transaction fees.

The Kusama network is growing quickly, and Tether getting its foot in the door could be the first of many USDT deployments to parachains.

Paolo said: “For those who believe in the importance of decentralized, permissionless ecosystems, Kusama is a perfect representation of that ethos.

It is a platform built to put the control in the hands of its users, and we are looking forward to becoming an essential asset in its growing ecosystem.”

According to Tether, the collaboration has only further solidified the project’s domination of the stablecoin market. USDT is already live on nearly a dozen networks, including Ethereum (ETH), Tron (TRX), Solana (SOL), and Algorand (ALG).

Kusama’s price has jumped by around 7% following the announcement by Tether, and as of writing, it was trading for $163 per token, according to CoinGecko.

KSM has recently seen some wild swings in its price; it’s down nearly 15% in two weeks but up over 35% in the last 30 days.

Despite performing strongly over the past month, KSM is down over 70% from its all-time high of $621.

Pick Up Some KSM With Swapzone

The Kusama ecosystem has been expanding exponentially, and its native token, KSM, has rewarded early investors with great returns. If you think Kusama is destined to hit a new all-time high, you might consider adding the meme coin to your portfolio – Swapzone can help you with these transactions.

For example, if you want to swap some USDT for KSM; follow these steps:

Good work! You’ve added some KSM to your wallet without paying sky-high fees.