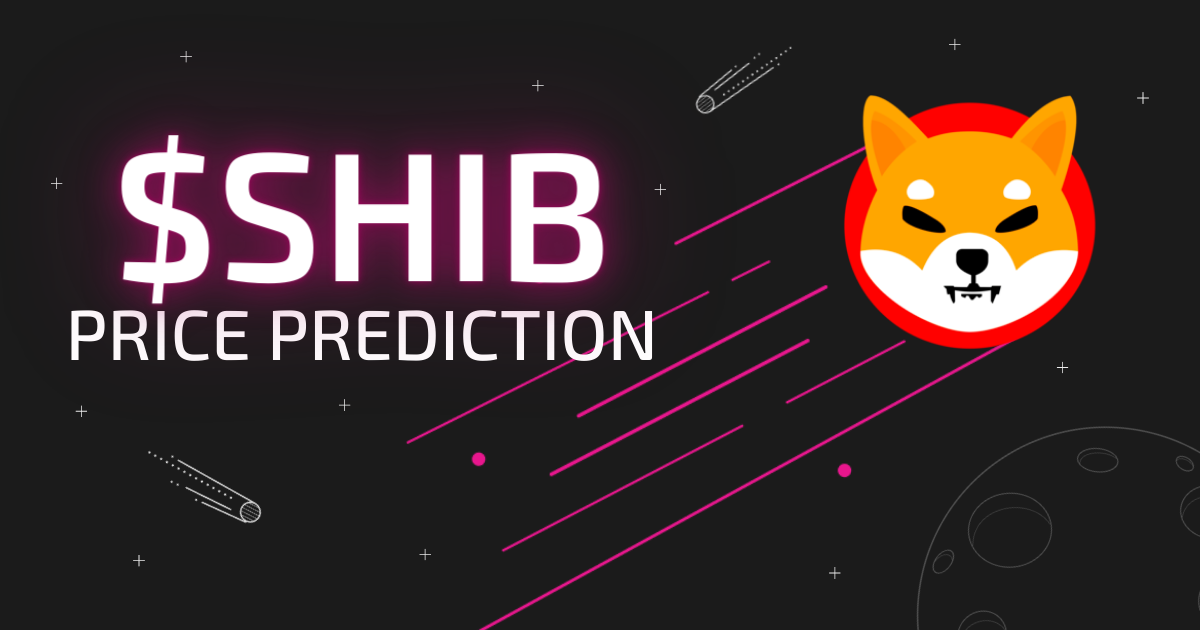 Shiba Inu (SHIB) is in a class by itself when it comes to cryptocurrencies. It has a large following on social media who love to promote it, and it was one of the most profitable investments in 2021. But what are the SHIB price forecasts? This article will teach you everything you need to know about the Shiba Inu currency, including the most popular investors’ questions like “Will SHIB reach 1 cent?” or “Is it too late to buy Shiba?” We never give investment advice, however, if you decide SHIB price prediction is prominent, you can convert ETH to SHIB on Swapzone.

What is Shiba Inu Coin?

Shiba Inu is a crypto meme token created by Ryoshi, an anonymous developer. Generally, the Doge meme inspired Shiba Inu creation just like it did before with Dogecoin. Shiba Inu is a smart contract platform built on the Ethereum blockchain and can interact with decentralized applications using smart contracts.

Shiba Inu Price Prediction end of 2021: how it was?

Experts’ technical analysis expected Shiba Inu to break its all-time high in 2021. While indicators showed that a downturn was on the way and that the price could fall, SHIB was predicted to continue to rise. Moreover, analysts expected the coin to rise just over the all-time high resistance level of $0.00004 before reversing.

According to several experts, Shiba Inu could be gearing up for big gains in the month of October. The coin’s price is expected to see significant increases, owing partially to the launch of the new SHIB game, Shiba Eternity, as well as the integration of the Shibarium layer 2 solution. Currently, 1 SHIB is worth around 0.000011 USD, however, prices could rise as high as a maximum of 0.000014 USD. The coin is expected to trade at an average of 0.000013 USD throughout the month.

Shiba Inu will enjoy marginally higher prices in November, according to data from Trading Beasts. The coin is projected to have hit a maximum high of 0.000019 USD by the end of the month, and will trade at an average of 0.000015 USD throughout the period.

Analysts at Wallet Investor predict that Shib prices will stick to relatively the same levels as they did in November, trading at an average of around 0.000016 USD. The coin is, however, expected to do slightly better in December, and might be worth up to 0.000024 USD in the last month of the year.

Despite the current bearish trends the Shib token is seeing, Shiba Inu might be nearly four times its current worth by 2024. According to DigitalCoinPrice, the coin is projected to close the first month of the year selling as high as 0.000035 USD, a value that will eventually settle at 0.00004 USD some time in May. However, some of its gains might be wiped out by the end of the year, as the coin is expected to close 2024 selling just under 0.000039 USD.

Analysts at AmbCrypto remain hopeful for the future of Shib, projecting that the coin might hit highs of 0.000098 USD in 2026. The coin is expected to enjoy marginal price increases throughout the year, starting January 2026 at an average price of 0.00007 USD and closing December 2026 at an average price of 0.00009 USD.  Although DigitalCoinPrice are less optimistic, expecting the meme token to trade sideways for the majority of the year instead.

The ultimate memecoin’s bullish run is expected to continue in this year, with its prices expected to rise as high as 0.00013 USD. The coin might see lows of 0.000087 USD at the beginning of the year, but it’s prices will bounce back up in the later months, closing the year trading averagely at 0.00012 USD.

According to analysts, Shib’s bullish run will continue in 2028. The year will see the coin’s prices rise as high as 0.00017 USD by the end of the year, although it will mostly trade at an average of 0.00013 USD for a few months before jumping up to 0.00015 USD in September.

By 2029, Shib is expected to be worth twice the amount it was just two years prior, as it is projected to surpass the 0.0002 USD mark in September. The memecoin is expected to see highs of up to 0.00023 USD in December, but might close the year selling at a slightly lower average of 0.00021 USD.

Shiba Inu has a serious potential of becoming an acceptable means of payment in the next years. As a result, the coin can become a true utility with long-term potential growth, with a minimum price of $0.1 and a maximum price of $0.5 by 2050.

What will the price of the cryptocurrency Shiba Inu be in the future, given the present price? Firstly, Shiba Inu will not reach $1, according to Broctagon CEO Don Guo, who recently told Express.co.uk that the company’s market cap is too tiny. However, given the 200% increase in prices in recent weeks, a price projection for the future could be anything, including SHIB reaching $0.1.

How to convert ETH to SHIB?

You’ve come to the correct place if you have SHIB crypto and want to trade it for another coin, or if you want to learn how to buy Shiba Inu coin with crypto. Swapzone is a fantastic SHIB exchange that provides real-time swap offers and discounts. Here’s how to buy or convert ETH to SHIB coin:

Shiba Inu has excellent potential to reach new heights in terms of price. Hence, according to experts and business analysts, the value of SHIB is expected to rise in the future, and it could reach a high of $0.1 in a few years.

The value of Shiba Inu is projected to climb as scarcity tends to drive up prices. That’s why the coin is a good investment, and it’s better to buy it when the price is still low than when its value increases.

SHIB Price Prediction: Is it too late to buy Shiba?

There’s never such thing as “too late” in the crypto market. With its ups and downs, the market always gives a chance to onboard a certain coom with a further possibility to gain. Moreover, SHIB is not planning to stop. Its roadmap contains a lot of improvements and projects. Thus, SHIB may skyrocket even more than we saw it in 2021.

Although Shiba Inu has comedic origins, the altcoin has more than proved itself as a serious cryptocurrency. The coin has grown into a multibillion dollar digital currency, with a market capitalisation of 6.29 billion USD and a market cap ranking of 14. Nicknamed “the Dogecoin killer”, Shib is listed on several major global exchanges, including Coinbase, Binance, and Huobi. It is a very real cryptocurrency, with very real investment potential.

Does Shiba Inu coin have a future?

Although it is nearly impossible to say whether or not a coin will succeed in the long term, multiple predictions by several leading industry analysts show that the coin will most likely follow a bullish trend in the coming years. However, investors must keep in mind that cryptocurrency markets are highly volatile, and market trends can change at any time.