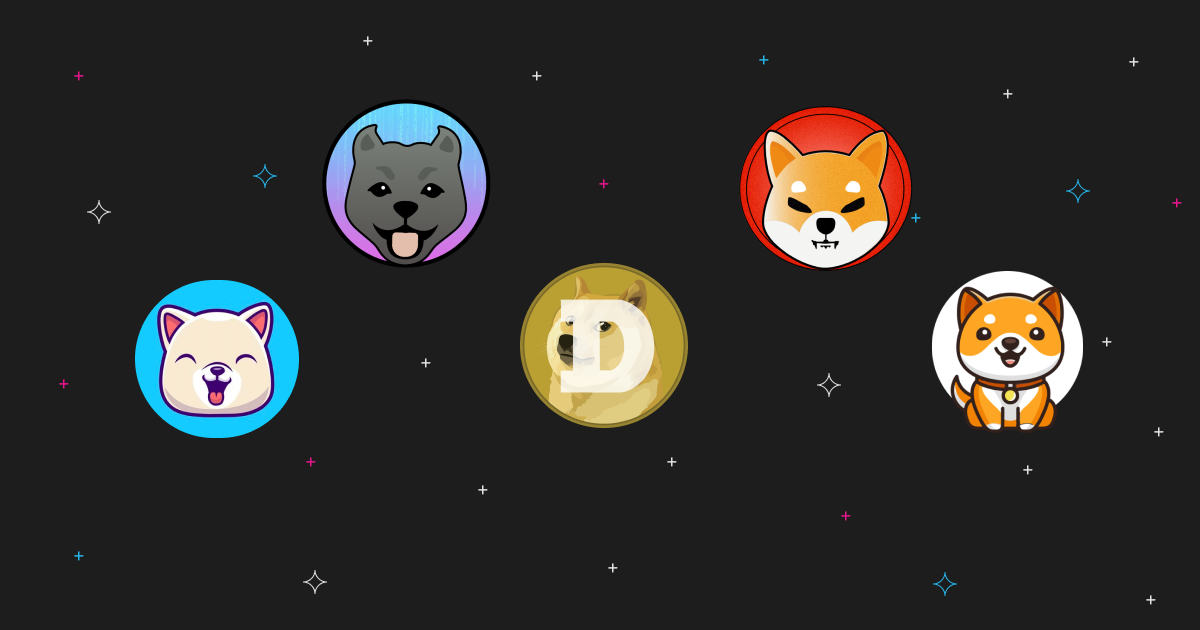 Recently, there has been quite a buzz surrounding the emergence of dog-themed cryptocurrencies. Thanks to Elon Musk’s tweets for dog-themed cryptos, they seem to be popping almost out of nowhere and gathering quite a list of investors too. The buzz around these cryptos is so crazy that Dogecoin, a popular meme crypto, rose by 350% in value in about 4 weeks. Ultimately, this astonishing rise in price resulted in a rally for dog-themed cryptos and it doesn’t seem like the hype will die down any time soon.

There’s no doubt that the current popularity of dog-themed cryptocurrencies rises from people’s love for pets and memes. And even though they were intended to be jokes for a while, the huge success of Dogecoin has resulted in a whole ecosystem of dog-related coins and tokens that take on similar features to the original DOGE. With that said, let’s take a look at the top 5 cryptos for dog lovers that have gained massive attention in the past few months.

Where do these dog cryptos come from?

We can all agree that the massive influx of dog-cryptos into the industry is a combination of Elon Musk’s tweets and an insane increase in Dogecoin’s value. Additionally, the Gamestop incident did play a part too by sparking the high adoption of Dogecoin. Seeing the massive success of Dogecoin, other dog-themed cryptos wanted to replicate the same success by offering something similar to Dogecoin.

With that said, let’s take a deep dive into the top 5 dog-themed cryptos today. They include:

Dogecoin is the granddad of them all. It’s the first dog-themed crypto to be created and perhaps the most popular one up to date. It was created by Jackson Palmer and Billy Markus and intended to be a meme coin. According to Jackson, the idea behind Dogecoin was inspired by a viral internet Shiba Inu Doge meme. It was created to be a joke but as things have turned out, it has gained major traction earning support from a number of influential personalities. A few noteworthy names include Elon Musk, Snoop Dogg, Mark Cuban among others.

The Shiba token, commonly known as $SHIB, is another dog-crypto created in August 2020 as a Dogecoin competitor which earned it the title “Dogecoin killer.” Just like Bitcoin, $SHIB’s creator remains anonymous and only goes by the name Ryoshi. Also, just like Dogecoin, crypto Shiba Inu coin has gained quite the following within the crypto community with a lot of debate on whether the coin is capable of surpassing the $1 threshold.

According to Keanu Inu’s official website, $KEANU is “the most badass dog in the Inu-verse”. Keanu Inu is also a meme-coin similar to the Shiba Inu but with one twist; it aspires to follow after Keanu Reeves’ footsteps of making regular charity contributions. Additionally, you will be pleased to hear that as a KEANU coin holder, you will receive rewards for holding it in your wallet. For every transaction that takes place on the KEANU network, KEANU coin holders receive 2% of the transaction value.

Kishu Inu (KISHU), is another new dog cryptocurrency that launched in April 2021. According to Kishu coin’s official website, KISHU is a “decentralized meme project with a true purpose”. Perhaps the highlight of KISHU is the fact that for every transaction on its platform, holders earn 2% from the transaction. Developers behind KISHU coin reveal that they have plans to expand into the NFT market with KISHU crate. Additionally, they intend to launch a merchandise store known as Kishu Swag.

The official Baby Doge website refers to $BabyDoge as the “world’s best community coin”. Baby Doge was created to improve upon the shortcomings of its predecessor, Dogecoin. It does this by improving transaction speeds and introducing deflationary features that reward Baby Doge Coin users. Perhaps one of the most unique features of Baby Doge Coin is the fact that it specifically donates some of the proceeds it makes towards dog-saving non-profit organizations.

Some of the Benefits of the above dog-cryptos include:

A majority of these cryptos have a great following online. They are all friendly, positive, and some are geared towards charity. They collect donations and actually put the donations into some good non-profit organizations aimed at helping dogs and people.

A majority of beginner investors don’t usually have enough capital to invest in some of the more established cryptocurrencies. However, with these dog cryptos going well below the $1 price, it’s possible for new investors to enter the market, purchase the cryptos and sell them off for a profit later if prices increase.

The majority of these dog-cryptos are built on basic crypto technology. This means that they are relatively faster compared to larger cryptos such as Bitcoin and Ethereum. Therefore, they could be adopted and integrated as potential transactional currencies in the future.

Dark Sides of These Types of Coins

Are These Coins a Good Investment?

Ever since DogeCoin went mainstream, other dog-inspired cryptos have entered the market with the aim to ride on the wave of dog-crypto fever. And it’s perfectly understandable why they are gaining so much traction. They have cute designs and they do bring a breath of fresh air into the already serious crypto industry. However, a majority of these coins are just that, meme-coins. They have no real value behind them and do not really aim to do anything but just be fun. Although there is the probability that you might make a profit when prices soar, we suggest that you conduct due diligence before investing in any of these dog cryptos.

How to exchange these coins on Swapzone?