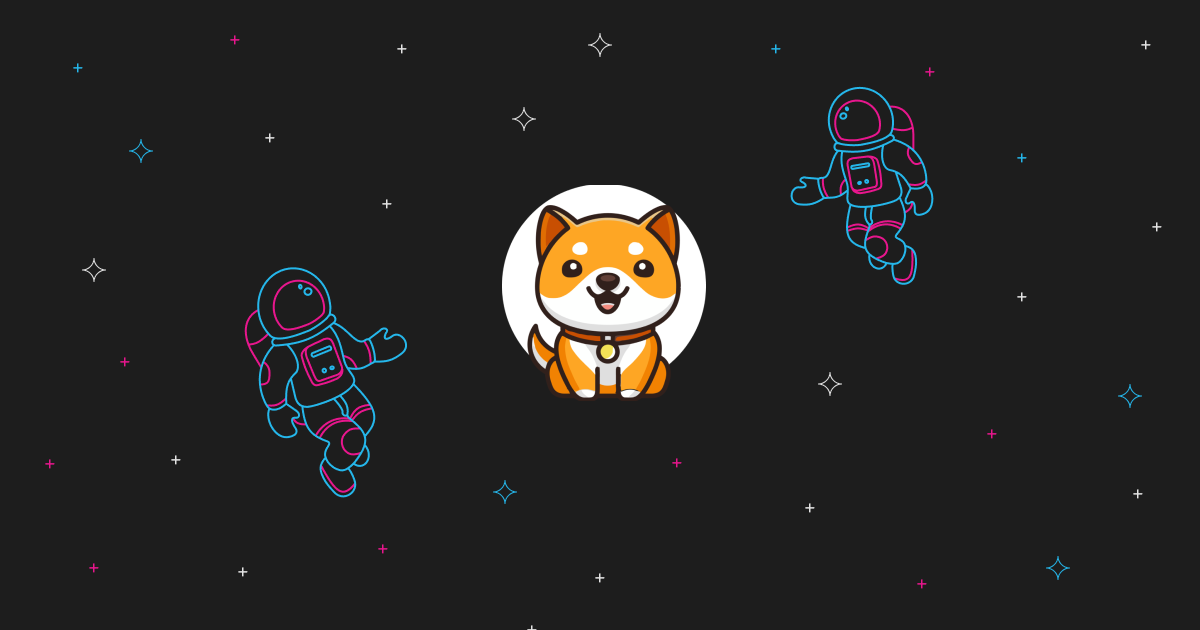 Launching on June 1st 2021, Baby Doge Coin is indeed a “baby” in the world of cryptocurrencies. So far, Baby Doge Coin has been associated with Dogecoin a lot. According to the official Baby Doge Coin website, Baby Doge is the rightful “child” of Dogecoin that seeks to provide new and improved transaction speeds that Dogecoin could not. They express this by stating that BabyDoge has garnered lessons and tricks from his meme father and predecessor, the Dogecoin. With that said, let’s take a deep dive into this token, uncovering what is BabyDoge, its differences with other famous meme coins in circulation today and, of course, let’s see how you can make a BabyDoge swap instantly and without hidden fees.

BabyDoge is a meme-crypto that aims at improving on the shortcomings of its predecessor, Dogecoin. It does so by increasing transaction speeds and adding more deflationary features that reward users of the coin. For every transaction that occurs, users are awarded a percentage of each transaction which gets automatically sent to each BabyDoge wallet in existence.

It encourages more users to hold the coin rather than spend it. Therefore, making it a “hyper-deflationary” cryptocurrency. This is because as more and more people hold it over time, it will become more valuable and scarce. What makes BabyDoge unique is the fact that it focuses on increasing its value for the user while simultaneously donating some of the currency to saving dogs. For instance, on June 24th, BabyDoge announced that it has donated $75,000 to a non-profit organization known as PawsWithCause.

BabyDoge is referred to as the “world’s best community coin” as it was created by fans and members of the Dogecoin community. Less than a year old, the cryptocurrency has amassed major support from fans all over the world quickly. One major supporter of BabyDoge is Tesla’s very own CEO, Elon Musk. Thanks to his tweets, BabyDoge’s price went up by over 1,000% two weeks after launch. By the time it hit week three, it had accumulated a market cap of $200 million. By week four, it has amassed over 160,000 holders.

Now that we’ve answered the question “What is BabyDoge?”, let’s take a look at some of the key features of Baby Doge Coin include:

As reiterated earlier, Baby Doge Coin is a deflationary token. Therefore, it’s designed to become more scarce as time goes on. All BabyDoge holders will receive more BabyDoge tokens into their wallets by simply holding on to BabyDoge. All holders automatically receive a 5% fee from every transaction on the network.

Over 29% of the Baby Doge Coin supply has been burned. That means out of the 5% that’s redistributed throughout the network, 29% of it is distributed to the dead wallet. Therefore, coins are been burned with every transaction.

Baby Doge has a designated charity wallet that receives redistributions which they use to support their charity partners. One perfect example is PawsWithCause.

A coming soon item that the community is waiting for so eagerly. Buy, send, exchange crypto and text BabyDige to anyone using the TextBit technology!

The Differences between dog community coins

Although BabyDoge and Dogecoin share a name, that’s just about it when it comes to similarities. The differences include:

Both the BabyDoge and the Shiba Inu have been promoted on Twitter by Tesla CEO Elon Musk. Thanks to his promotions, both coins have gained some significant popularity in the crypto community and experienced a substantial price rise. Some of the differences between Baby Doge and Shiba Inu include:

Both the Baby Doge and the Kishu Inu are meme tokens that have little to no use cases or value. Both are worth mere cents. Some of the notable differences between the two include:

How to perform a BABYDOGE swap at the best rate?

You can get BABYDOGE for a number of cryptocurrencies, including Bitcoin and Ethereum. Below are the steps you can follow to convert Bitcoin to BabyDogw on Swapzone at the best exchange rate.