Skip to content
Main  >  Exchange   >   How to Exchange Dogecoin to Ripple at the Best Price?

How to Exchange Dogecoin to Ripple at the Best Price? 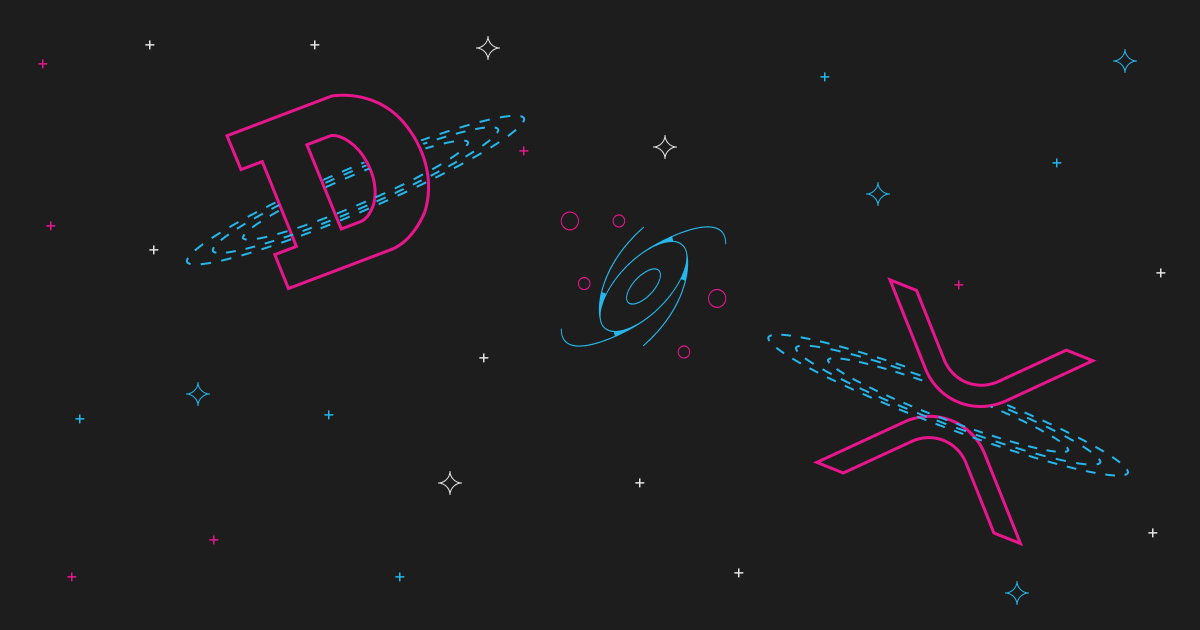 XRP and DOGE are among the most sought-after and used digital currencies in the market. Naturally, that means you will have users pitting Dogecoin vs Ripple to see which is the best for them to buy in the crypto market. Some users will try to convert Doge to XRP if they feel XRP is more profitable for them at that moment. Alternatively, try to convert XRP to DOGE back if the pendulum in the market swings back in DOGE’s favor. There are several Dogecoin to Ripple exchanges where users can carry out this conversion.

Dogecoin vs Ripple: What is Dogecoin?

Dogecoin is a cryptocurrency based on the blockchain using cryptography to secure transactions on its network. The coin is fit for payments and purchases but is not the best form of storing value as the maximum supply is not capped. Dogecoin uses a Proof-of-Work mechanism to verify transactions, which requires miners to solve complex mathematical puzzles. Miners are rewarded with Dogecoin for solving these puzzles.

Dogecoin came into existence in 2013 and it was co-created by Jackson Palmer and Billy Marcus. The coin is famous for the Shiba Inu dog meme logo. Doge was created as a joke to Bitcoin at that time and it has many adopters early on who passionately promoted Dogecoin.

Dogecoin gains huge following the Defi boom that took over the crypto market in the early part of 2021. A coin once dubbed a joke has turned into a serious means of investment for many users following the adoption of the coin by popular figures especially celebrity CEO Elon Musk. Dogecoin gained over 5000% in 2021. Elon Musk has dubbed it the “people’s crypto”.

Dogecoin or Ripple: What is Ripple?

XRP or Ripple is the native token of the Ripple network and it operates on the XRP distributed consensus Ledger. You can buy XRP coins to pay for transaction fees on the Ripple protocol or buy as an investment to be traded for profit.

However, Ripple is not just a cryptocurrency, the protocol was designed from the onset as a payments settlement platform as well as a currency exchange network to be used for global transactions processing. Ripple’s role is to serve as the trusted intermediary as transactions occur between two users. The Ripple protocol can carry out several kinds of exchanges such as fiat currencies, gold, Bitcoin, and other cryptocurrencies in a swift manner. Jed McCaleb and Arthur Britto founded the Ripple network.

So, Ripple is in a way off was created as the alternative for major money transfer systems like SWIFT. This paves the way for a new kind of settlement layer that can be used by major financial institutions around the world. The platform charges a small fee for transactions that occur on its network compared to traditional financial settlement systems. The transaction fee is paid in the protocol native coin XRP. The transaction fee is set at 0.00001 XRP, which is the standard fee for all transactions on the platform. David Schwartz, Jed McCaleb, and Arthur Britto built the XRP blockchain that powers the Ripple network.

One notable difference between XRP and other cryptocurrencies is that XRP is more centralized than other coins. Even though any user can download the validation software, the Ripple network currently maintains a unique list of only 35 trusted validators that are chosen by the Ripple protocol. Additionally, Ripple itself is part of the node network operating 6 validation nodes.

Looking at Dogecoin vs Ripple, there are quite a few things that differentiate the two cryptocurrencies. Let’s look at some of them. For starters, Dogecoin is a mineable coin like Bitcoin that has a mining reward of 10,000 DOGE for every block mined. On the other hand, Ripple is not minable and you have to buy the coin to get it. Interestingly, both cryptos were started in 2013.

The Ripple coin uses a Proof-of-Stake consensus through a federated consensus while Dogecoin follows the path of BTC and uses Proof-of-Work. The algorithm for Dogecoin is the Scrypt algorithm on which many cryptocurrencies are based. The Ripple uses the Ripple Protocol Consensus Algorithm, which is unique to the Ripple protocol alone.

Given the unique differences that we have between XRP and DOGE, the choice of the people on Dogecoin or Ripple is down to personal interest in what they are after.

Why should I convert DOGE to XRP?

The market and what you seek to gain in the market will determine your stand on converting DOGE to XRP. Mostly the reason has to do with profitability; if XRP proves more profitable at the moment than DOGE then you will expect users to start seeking out Dogecoin to Ripple exchange to convert their coins. The same thing goes if it is DOGE that proves profitable.

Whatever the reason is, it is crucial for users to choose a trustworthy Dogecoin to Ripple exchange to convert their DOGE to XRP.

How to exchange Dogecoin to Ripple?

Swapzone is an exchanges site aggregator where you can get the best XRP to DOGE or DOGE to XRP conversion done. The website aggregates the best Dogecoin to Ripple exchange sites for you to choose from for converting your coins.

Step 1. On Swapzone, select the XRP DOGE pair from the list of tokens then the site will pull up all the Dogecoin to Ripple exchanges with good value for your money where you can exchange DOGE for XRP.

Step 2.  Input the amount of DOGE you want to exchange.

Step 6. Please, take your time to rate the exchange and leave a wholesome review!