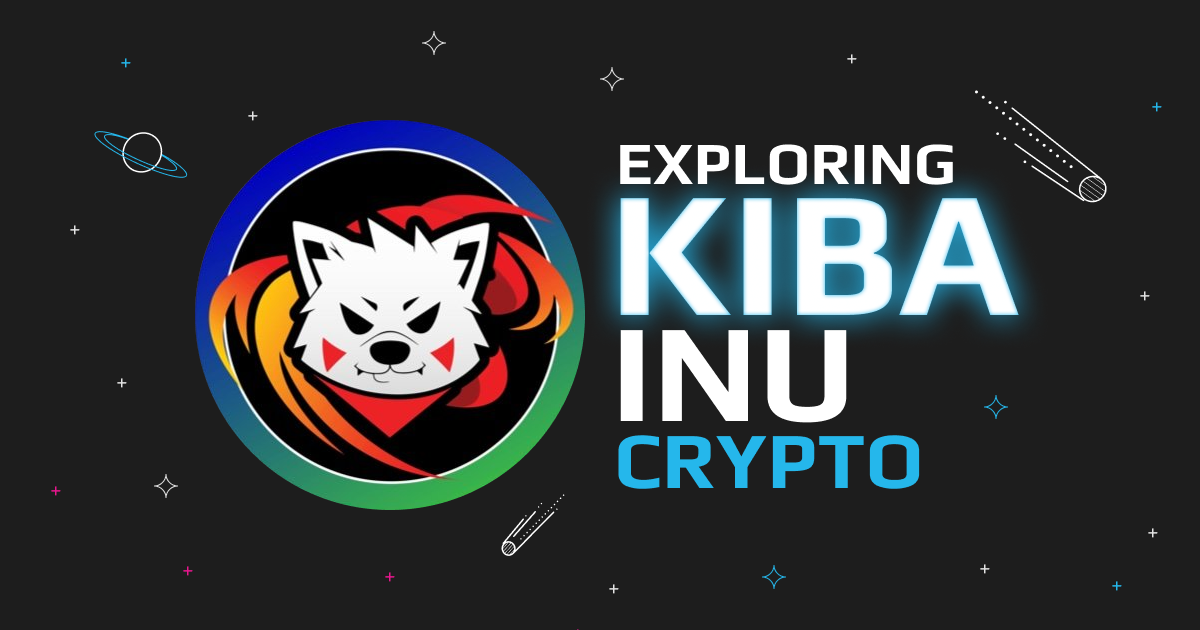 2020 saw meme coins come into the limelight. From Dogecoin to Shiba Inu, meme coins began to pervade the cryptoverse just like memes do on the internet. Although they are popular, most meme coins lack utility. But one meme token that is gradually gaining recognition is aiming to change the status quo. Enter Kiba Inu. What is the Kiba Inu coin, and how is it any different from every other memecoins?

What is Kiba Inu (KIBA)?

Kiba Inu easily piques the interest of a crypto user because it rhymes with the popular Shiba Inu. But while the latter was created to rival Dogecoin and institute a perfectly decentralized crypto community, Kiba Inu was created for a different purpose.

Kiba Inu is named after the Naruto character, Kiba Inuzika, who is an epitome of loyalty and integrity. In line with the character, Kiba Inu seeks to replicate these qualities of transparency and integrity in the meme coin ecosystem since most meme tokens have no utility and are notorious for being pump-and-dump and rugpull scams. Its sole objective is to integrate utility into meme coins

Key Features of the Project

KibaSwap is a DEX with multichain compatibility that supports Binance Smart Chain and Ethereum blockchain. Kiba bridge, on the other hand, exists to link these two blockchains together. With the bridge, users with wallets in any of the two networks can perform transactions on the other. This way, Kiba Inu supports arbitrage. Arbitrage is a trading strategy that involves the exchange of tokens from one network (or exchange) to another in order to maximize profit.

With these features, Kiba makes itself an encompassing platform for everyone, no matter their trading experience. Amateurs and experts can enjoy easy, precise and seamless transactions.

Here is the real-time price chart for Kiba Inu in USDT:

Kiba Inu as a Meme Coin

Meme coins are crypto allusions of the meme culture. Most meme coins are extremely volatile and have an unlimited supply since they are driven mainly by popularity. Just like internet memes, they have the tendency to go viral one minute, then fade into oblivion the next.

Meme coins do not particularly have a good reputation as a stable investment. But Kiba Inu token aims to rewrite this narrative. This is why the project’s motto is “Restoring Integrity to the Meme Space.” It currently has over 25,000 holders. It plans to develop its own game, launch 3D NFTs, and also create a DAO governance platform.

Another way it is trying to restore integrity to the meme space is through valuable partnerships. Its website lists partnerships with major sporting organizations including Italian football club, Udinese; European Cricket League; and Alfa Romeo Racing. On April 20, 2021, Bloomberg announced that Kiba Inu has partnered with basketball team, Gonzaga Bulldogs.

April 2021 was a good month for the project. It burned 100 billion KIBA tokens. In the same month, it was listed on Gate.io and BKEX Global. It’s also listed on PancakeSwap, BitMart, MEXC Also, the project has facilitated over $10 million worth of transactions through its unique selling point, the KIBA Swap.

Serious investors that bring the bulk of the funds into the crypto market tend to look out for coins with prospects. They research coins with the real-world value that are most likely to withstand the test of time and yield profit. While meme coins are famous for providing quick turnovers and ‘grass-to-grace’ stories, they don’t always appeal to investors. This is why KIBA Swap was created.

Through KibaSwap, according to its website, “Kiba Inu is restoring integrity to meme coins by building the safeset DEX and Launchpad in the space.” KibaSwap is multichain-operable and helps traders on the Binance Smart Chain and Ethereum networks.  Users who use the decentralized exchange are also empowered with the ability to connect their wallets. The swap has several tools like KibaFomo, Honeypot Checker, KibaTools, and KibaReport

KibaFomo is a token tracker that fetches and lists the latest coins on Binance Smart Chain, Ethereum blockchain, Polygon chain, and others. Users can take advantage of this information to buy a coin early before a price rally. The Honeypot Checker is a safety feature that tests the authenticity of smart contracts. It runs a code that alerts the user if a smart contract is actually a “honeypot” or a scam. Kiba Inu also features KibaTools that offers functionalities such as minting new token, token locks, liquidity locks, and ICOs.

Shiba Inu is an Ethereum-based token that has more popularity than Kiba Inu. It was created to rival Dogecoin and has lived up to its purpose. In 2021, Shiba Inu grew by 49,00,000%. Wallet Investor tags Shiba Inu as a better coin, but Kiba Inu comes close as a runner-up. Shiba Inu has also recently entered the NFT space with Shiboshis, a gallery of 10,000 NFTs.

While Dogecoin is known as the first meme token, Shiba Inu like Kiba Inu  is redefining memecoin narratives with new projects offering the token real-life utilities.

However, this is not a conclusive opinion as meme coins are subject to perform sporadically. Regardless, deep price predictor WalletInvestor recommends Kiba Inu as a long-term investment based on its analytics.

How To Buy Kiba Inu?

On the wallet, Kiba can be converted to BTC, USDT, ETH, BNB, LTC, Theta, DASH, ZEC, among others. A user can trade Kiba on Swapzone using these steps: