Skip to content
Main  >  Exchange   >   How to Exchange Litecoin to Dogecoin at the Best Rates?

How to Exchange Litecoin to Dogecoin at the Best Rates? 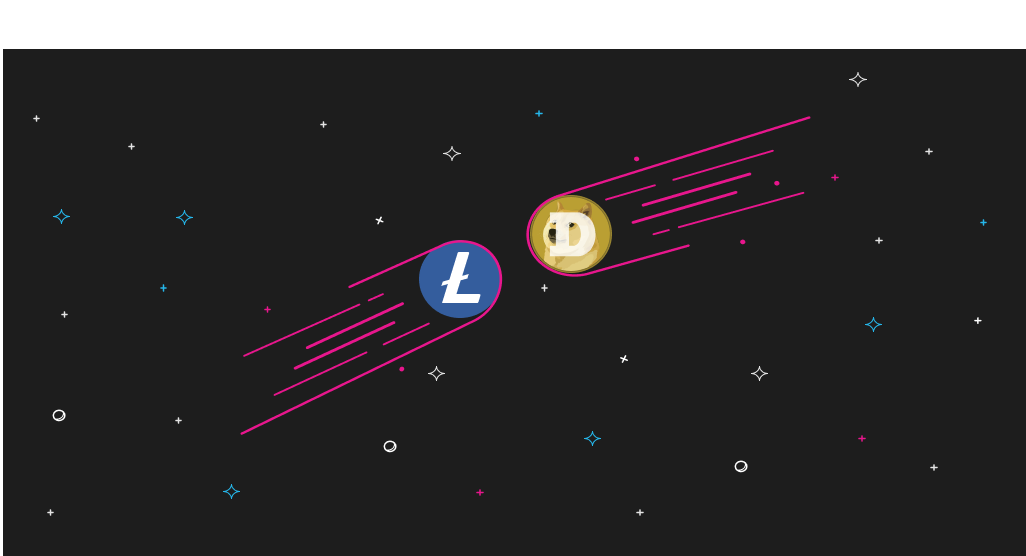 2021 has been a crazy year for all cryptocurrencies. But what’s more crazy is Dogecoin’s impressive 15,500% price gain over the last 12 months. With such staggering results, it’s no surprise that it’s gathering support from industry bigwigs such as Mark Cuban and Elon Musk. Litecoin’s value, on the other hand, has experienced wild swings with prices dropping from its May 10th all-time high price of $412.96.

It’s no surprise that you want to convert Litecoin to Dogecoin at this point. In this article, we are going to take a look at the differences between Litecoin and Dogecoin and why you should convert Litecoin to Dogecoin. At the end of the article, we are going to answer some of your most frequently asked questions concerning the two cryptocurrencies. Be sure to stick around till the end for how you can exchange Litecoin for Dogecoin at the best rates.

Dogecoin was created by software engineers Jackson Palmer and Billy Markus as a satirical homage to Bitcoin in 2013.  It was named after a famous internet meme centered around the image of a Shiba Inu dog with some bad spelling habits. Thus, the name “doge” instead of “dog” appeared to be used. According to both engineers, Dogecoin was not meant to serve any real purpose but to raise a few laughs.

However, what started as a joke quickly gathered a loyal following online and by 2014, Dogecoin had successfully completed several fundraisers. Some noteworthy fundraisers include raising $30,000 to help to send the Jamaican bobsled team to the Winter Olympics, $50,000 to build wells in Kenya, and $55,000 to sponsor Nascar driver Josh Wise. Dogecoin’s original source code can be traced back to now-defunct crypto known as Luckycoin.

Litecoin, on the other hand, is P2P crypto built by former Google employee Charlie Lee in 2011. Unlike Dogecoin, Litecoin is based on Bitcoin’s original source code. It was designed to handle cheaper transactions, ease the mining process, and hopefully become a Bitcoin alternative in the future. However, the Litecoin/Dogecoin conundrum still remains; which of the two is a better investment?

Why Should I Convert Litecoin to Dogecoin?

There has been a lot of talk in the cryptocurrency community about the Dogecoin/Litecoin debate. One group of experts recommend that you exchange DOGE to LTC. Another group suggests converting LTC to DOGE. In reality, Litecoin was created with the aim to solve problems that face Bitcoin. Therefore, in a sense, its fundamentals are way better than those of Dogecoin. However, price-wise, Litecoin’s activity wasn’t that stellar.

Dogecoin, on the other hand, has shown some impressive gains over the past 12 months: 15,500% to be precise. With numbers such as these, it’s no surprise why you want to convert your Litecoin holdings into Dogecoin. Thanks to celebrity endorsements and internet hype, Dogecoin has garnered impressive growth. Experts argue that the growth is bound to continue into the far future. That is the reason why you should convert Litecoin to Dogecoin.

-How to Convert Litecoin to Dogecoin

First and foremost, you will need to find a Litecoin to Dogecoin exchange that can help you with the conversion. We recommend Swapzone as the best LTC to DOGE exchange in the market today. Here is a step-by-step procedure to help you to get started:

-Is It Safe to Exchange LTC to DOGE using Swapzone?

Yes. It’s perfectly safe to perform a Litecoin to Dogecoin exchange on Swapzone. Swapzone is a non-custodial service platform. Therefore, they don’t control or manage any of your funds. Neither do they require your information or have any hidden fees. They also have a high TrustPilot rating which translates to guaranteed transparency for users.

-How Can I Get to Know the Current Exchange Rate of Litecoin & Dogecoin?

Simply head on to Swapzone and open the website, enter the amount of LTC to DOGE, and compare the rates of multiple exchanges. It’s that simple.

-Why Is Swapzone the Best Exchange Aggregator to Convert LTC to DOGE?

Swapzone is the best LTC to DOGE exchange as it provides traders with the best deals. Additionally, it’s absolutely free to use, offers an easy-to-use website interface, and has lots of tutorials for beginners.