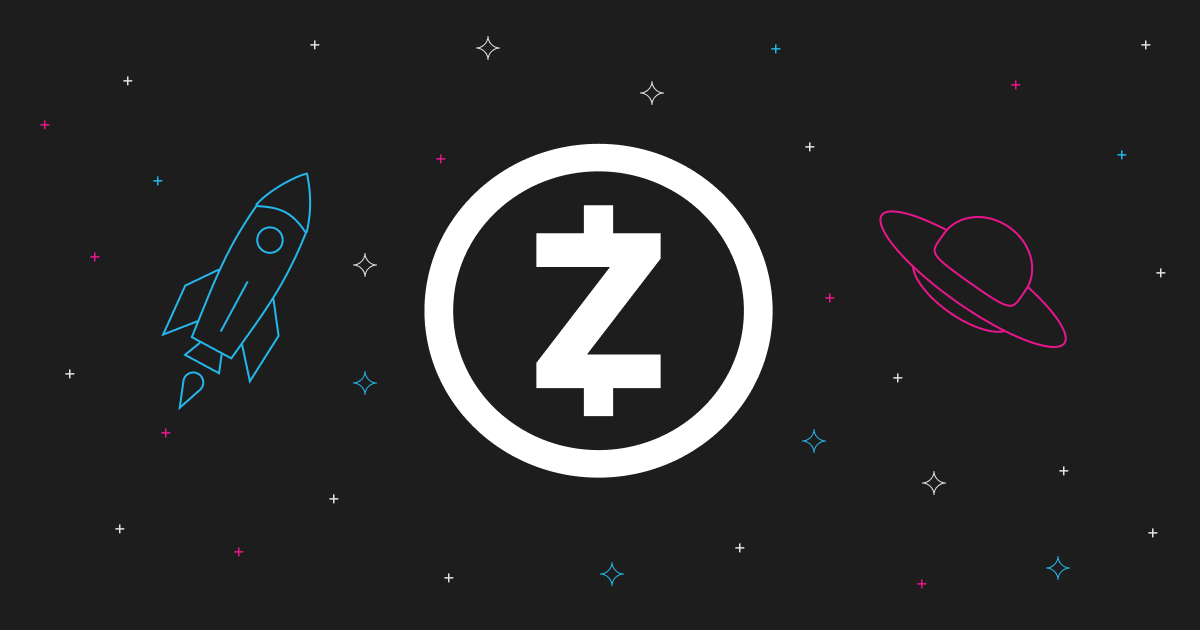 Most of the cryptocurrencies in the market are pseudonymous in the sense that you are not directly exposed to the public when using them. However, you can still be traced through blockchain forensics and data science using your public address or addresses. ZCash is built differently and it emphasizes providing optimum anonymity to users unlike Bitcoin and other cryptocurrencies.

So, what is it about the ZEC token that is to be excited about? In this beginner’s guide, we will take a look at the ZEC coin and how to exchange the ZCash digital currency for other cryptos and vice versa on Swapzone.

The watchword for ZCash is anonymity and privacy, which is why the ZCash technology uses zk-SNARK. zk-SNARK is a zero-knowledge proof technology that prevents the exposure of sensitive data as network nodes process these data during a transaction. This differentiates ZEC from other pseudonymous cryptocurrencies.

Although, the transactions on ZCash still pass through a public blockchain. However, the zero-knowledge proof ensures that by default, the amount sent, the addresses that sent or receive the ZEC coin are not revealed. Only in the case of regulatory compliance or auditing will these data reveal.

ZCash coin is built to be better equipped than the coin on which it was modelled, which is the Bitcoin. It processes faster and it is cheaper too at the same time available on popular exchanges and supported by major wallets.

The key appeal around ZCash value is the privacy it affords users through private addresses and transactions. This way, you can send or receive payment without disclosing the details about you or the transaction. For good-minded folks that value their privacy, ZCash ZEC often appeals to them. All the same, the protocol also has transparent transactions and addresses.

In the case of auditing or a regulatory breach, ZCash users can disclose their addresses or transactions for the sake of compliance. This portrays the protocol as also being security conscious despite the preaching and hammering of protecting users’ privacy.

Just like many other blockchain protocols, ZCash is a decentralized network that has no central base for data making hacking extremely difficult for attackers. Instead, several network nodes are handled by machines and people maintain the network.

Zcash and Bitcoin: the twin with the same outlook but different taste

Both Bitcoin and ZCash have a fixed supply of 21 million coins, which means there can only be 21 million coins in existence. In addition, both coins are minable and reward miners for each block mined. Furthermore, the rewards are halved every four years.

Difference between Zcash and Bitcoin

As we mentioned above, even though both ZCash and Bitcoin are similar in some aspects. Some features differentiate them. Let’s talk about the block size and block time. It takes 10 minutes to mine a block on the Bitcoin blockchain whereas on the ZCash chain it is just 75 seconds. The block size for ZEC is 2MB while for BTC it is 1MB, this makes the ZEC coin process more transactions at a faster rate.

When it comes to the mining algorithm, the two coins also differ as ZCash employs an algorithm called Equihash while Bitcoin uses the SHA-256 hashing algorithm. Also, block reward is distributed differently on both chains as ZCash chain distributes the rewards between the miners, Major Grants Fund, Electric Coin Company, and ZCash Foundation at 80%, 8%, 7%, and 5% respectively.

The founder of ZCash is Zooko Wilcox who has more than 20 years of experience in the blockchain industry with knowledge in cryptography and information security as well as decentralized systems. However, scientists from the prestigious John Hopkins aligned with the team from MIT have been working on the ZCash chain as far back as 2013. They were not the only ones though as there were contributions from Tel Aviv University and UC Berkeley.

The ZCash protocol was launched in 2016 initially as the Zerocoin protocol and the name changed to Zerocash before it eventually became ZCash. The ZCash founder Zooko Wilcox also formed the Zerocoin Electric Coin Company in 2014 before announcing the launch of the ZEC token in 2016. The ECC team has notable names among its list of advisers which include the co-founder of Ethereum Vitalik Buterin, popular Bitcoin developer Gavin Andresen, and Arthur Breitman the creator of Tezos.

Just as we have it in other cryptocurrencies, ZCash can be used to make or receive payments using ZEC coins. As these transactions occur they are recorded to the blockchain by mining new blocks.

However, with ZCash you can choose to encrypt your data during transactions, which makes your data invisible to participants in the network. The process uses the zk-SNARKS technology to achieve this. The cryptography team of ZCash developed this ZCash technology. This helps prevent the occurrence of double spending and proves that nobody has cheated or stolen.

For private transactions, the transaction details are shielded for enhanced privacy using the zero-knowledge proofs. In this type of transaction, the wallet address will start with “z”, which means it is encrypted.

You can send payments from both types of addresses to each other, which means you can send payment from a transparent address to a shielded one and vice versa. Also, ZCash supports any type of transaction done on the Bitcoin network.

Even though the transaction can be made private on the ZCash chain, you can still give access to a third party to view your transactions via the dual-key feature. It is crucial for the sake of regulatory compliance and auditing.

You can use the View Key to allow third-party access to your private addresses while you use the Spend Key when you want to spend your funds on the ZCash protocol.

How to exchange to Zcash (ZEC)

You can easily buy ZEC tokens through exchanges as the coin is listed on popular exchanges around the world. ZCash exchange rate will differ per token, for example, the rate for BTC/ZEC will be different from the rate of USD/ZEC, etc. Nevertheless, you need to pick an exchange to buy the coin from and register on its platform if you don’t have an account yet.

You will need a wallet to store your ZEC crypto too. Several cold and hot wallets such as Ledger Nano, Trust wallet, etc. support the token.

Why is Swapzone the best place to convert ZEC?

Swapzone is a good place to get ZEC coins as you can exchange ZEC tokens from the list of listed pairs. What Swapzone does is aggregate ZEC exchanges where you can convert to ZEC token by giving you the best rates from various available exchanges.

Video guide on how to convert BTC to ZEC?

A full visual guide on how to convert BTC to ZEC is available in the video below:

Before concluding this piece, you should now have an idea of what is ZEC and how to exchange it via Swapzone. This unique token is among the most popular privacy-focused tokens. Similar tokens to ZEC include Verge (XVG), Monero (XMR), and PivX (PIVX). However, one thing that stands out for ZEC is the ability to send private and transparent transactions.