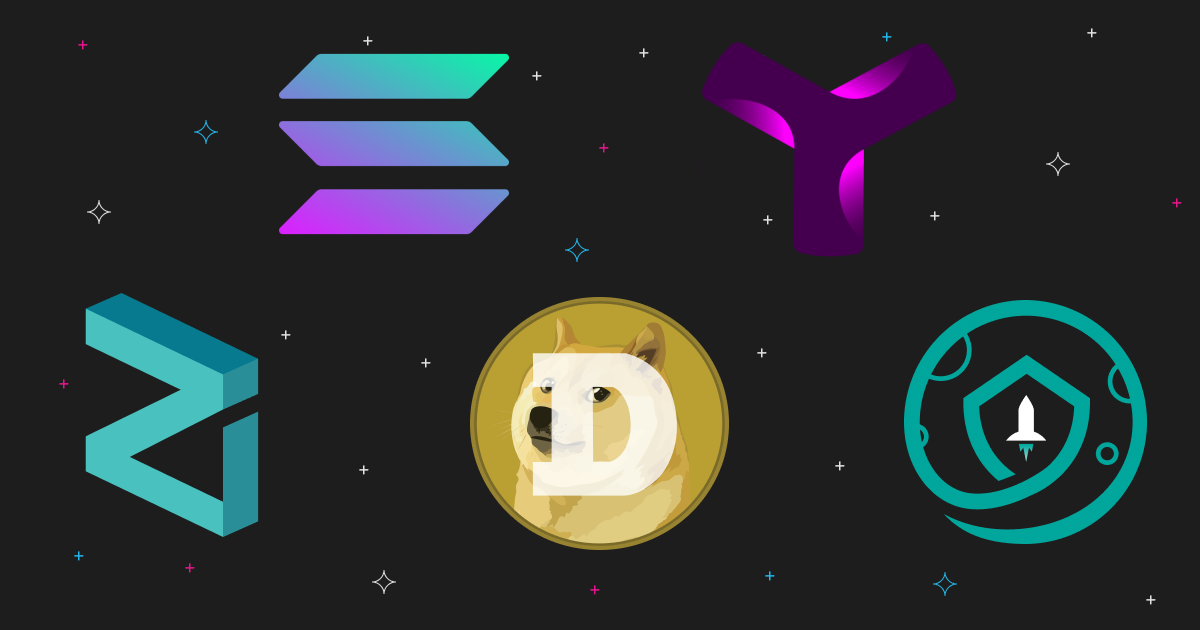 The adoption and popularity of cryptocurrencies have risen significantly worldwide due to the explosive growth of some cryptocurrencies, such as Bitcoin, Ethereum, Binance coin, etc. Over the years, Bitcoin has seen a fiery rise in value since its initial launch in 2010, which started at $0.0008 per token. Currently, Bitcoin has recorded an all-time high of around $64,863.10 per coin. Crypto investors and traders alike are now motivated to make the ultimate search for the next crypto to explode. So, which is the next crypto to explode in 2022? Let’s have a look at some promising and hyping projects.

Next crypto to explode: Dogecoin (DOGE)

In 2013, Dogecoin came to light as a meme coin. A joke aimed at traditional cryptocurrencies like Bitcoin. Likewise, the name and Shiba Inu brand logo revolve around a meme. Dogecoin possesses an unlimited supply of tokens with 10,000 new coins mined every minute, unlike BTC which is limited to just 21 million coins total supply.

Billy Markus and Jackson Palmer created the meme coin DOGE in December 2013 and even though it’s a meme token, it’s an open-source digital currency forked from Litecoin. As said earlier, Dogecoin was created and visualized as a fun light-hearted cryptocurrency. Twitter regulars will be more aware of several Elon Musk tweets proclaiming Dogecoin as his favorite.

Why can Dogecoin explode?

Here is the reason why Dogecoin could be the next crypto to explode. Dogecoin looks very promising in the sense that it has a very strong community, so strong that Dogecoin has one of the largest market caps in the market despite each token being less than a dollar. Dogecoin has found favor with celebrities, superstars, and CEOs such as Elon Musk. You can add Dogecoin to your watch list of cryptos set to explode in 2021.

Next crypto to explode: Solana (SOL)

Unlike other blockchains, Solana is an efficient open-source protocol supported with blockchain technology’s permissionless nature in providing Defi solutions. Although SOL has been in development since 2017, the Solana Foundation officially launched Solana crypto in March 2020. The SOL foundation headquarters is situated in Geneva, Switzerland.

Solana aims at providing a unique protocol to facilitate DApps creations and improve scalability by utilizing a Proof-of-History consensus and combining it with the underlying Proof-of-Stake consensus of the SOL Blockchain.

Why can Solana explode?

Here is the reason why SOL could be the next crypto coin to explode. Looking at which crypto is set to explode has us shining the spotlight on Solana. There is a reason why SOL token’s popularity is increasing exponentially and it is the ridiculously cheap transaction fees of just $0.00025. When you add that to the ability to mint NFT and create your own store on Solana combined with the lightning speed at which it processes transactions, you understand why Solana is being tipped as the next crypto to explode in 2022 and this is being proved in recent weeks.

Next crypto to explode: Zilliqa (ZIL)

ZIL crypto was built as a public permissionless blockchain with the ability to offer high-output and finalize thousands of transactions per second. Zilliqa provides solutions to blockchain scalability problems and speed using sharding as a second-layer scaling solution. Many DeFi apps make use of the Zilliqa platform and as of October 2020, yield farming and staking were also introduced to the platform.

In June 2017, the development team of Zilliqa officially started ZIL crypto creation and in March 2018, they were ready to launch the testnet. By 2019, the mainnet was ready and launched on the platform.

Here is the reason why the ZIL token could be crypto ready to explode. Zilliqa is a very ambitious blockchain that is aimed at large-scale businesses in advertising, gaming, and several other industries. Zilliqa wants to be their blockchain of choice and the team has started working rigorously towards that. They have even listed Mastercard and Visa as their prospective competitors. That is a hallmark of crypto ready to explode. When will Zilliqa explode? Well, we as much as the community, are eager to see the development of this project in 2022!

Next crypto to explode: Symbol (XYM)

The Symbol (XYM) crypto is branded as a blockchain protocol powered by a consensus system that offers rewards to users instead of hoarders; it features an extensible architecture via plugins instead of fixed opcodes as we have EVM.

The project became operational on the 17th of March, 2021, developed by the same core team that built the NEM protocol. NEM is well known for its efficient proof-of-importance algorithm. Thanks to the great reputation of NEM, Symbol (XYM) was able to build a strong community of developers, notably from Japan.

Some of Symbol’s big projects are Quest, a tipping platform created for streamers, and NFT-Drive, which is a blockchain storage system.

Why can Symbol explode?

Here is why Symbol could be the next crypto to explode. Symbol is instantly associated with NEM protocol because the team that built both are the same. As such, it was always going to gain popularity fast and along with that value increase. The Symbol has been able to build a strong community of ardent followers while being able to draw on the strength of the NEM community. That will make those in the NEM ecosystem interested in the XYM token making two strong communities. Moreover, having taken the best from NEM and built a better and more technologically advanced platform, Symbol could definitely be the crypto set to explode, so be sure to add XYM token to your watch list.

Next crypto to explode: Safemoon

Lastly, we have the Safemoon Protocol. Safemoon protocol is a Defi network centered around three functional features, which are Burn, LP Acquisition, and Reflection, according to its website. The Safemoon protocol combines the best of  RFI tokenomics and auto-liquidity generation.

More importantly, SFM token holders can earn as much as 80% APY depending on the number of tokens held. Thanks to its coin-burning function, there is the possibility that Safemoon will rise exponentially in value with time and could be among the crypto coins that are poised to explode in the future.

Why can Safemoon explode?

Here is why Safemoon could be the next crypto to explode. As we mentioned above, Safemoon is deflationary and that means over time the crypto will reduce in quantity and that can induce scarcity and overload the demand and supply curve to jack up the value of the token. Also, it looks like the Safemoon community is very strong, which is another hallmark of cryptos set to explode in the future.

Get the worth-watching coins on Swapzone

You can get all these next-to-explode cryptos on Swapzone, which is an exchange aggregator for the best crypto rates in the market. Diversify your portfolio with the cryptos set to explode by following this step-by-step guide: