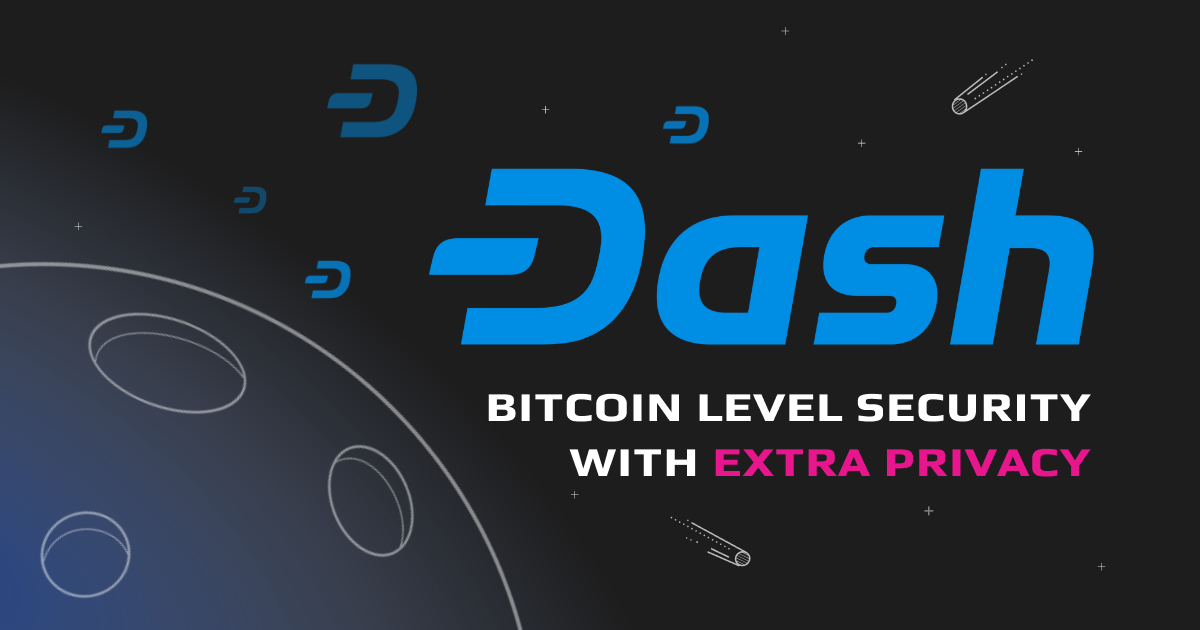 Dash (DASH) is a privacy-orientated cryptocurrency project that claims to offer everything that Bitcoin (BTC) can but with an added level of privacy, speed, and community led-governance.

The Dash project was launched in 2014, and its native coin has since grown into one of the top dogs in terms of market capitalization. In addition, the project has found its feet as a payment solution and has a thriving ecosystem of Web 3.0 and dApps running on its testnet.

In this article, we’re going to get to grips with how DASH functions, its community-led governance approach, and take a look at its most promising use cases. Despite the current bearish trend in the market Dash remains an extremely appealing project due to its decentralization, scalability, and impressive Web3 prospects.

Although the project has a strong resemblance to Bitcoin through its use of PoW mining and similar code base, it is much more than a mere imitation of Satoshi’s efforts to build a decentralized finance network, thanks to three unique features.

InstantSend is where the DASH network’s payment solution system shines; this system allows merchants and customers to carry out transactions that settle almost instantly between Dash wallets without depending on a centralized actor or giving up their right to privacy.

An InstantSend transaction occurs as follows:

Think of masternodes the same way you think of any node on a blockchain network, with the only difference being that they take on a lot more responsibility. These masters run the InstantSend and ChainLocks protocol, mixed coin transactions, and vote on budget decisions.

A masternode has to have at least 1000 DASH tokens locked and must be online 24/7, a failure to fulfill its duties or to go offline for an extended period will result in a Proof of Service ban. On the other hand, if a masternode fulfills its obligation, it will be rewarded per processed block with DASH.

As of writing, 1000 DASH is worth around $50K. Since this high entry barrier might put people off from joining the masternode network, shares were created to allow users to meet the collateral barrier as a group.

By mixing together transactions through the CoinJoin mechanism DASH has been able to add a layer of privacy to transactions as tracing them is extremely difficult without negatively impacting ease of use.

The project is governed by a Decentralized Autonomous Organization (DAO), which adds to its security by negating the ability of one central figure to manipulate the direction of the project and involved the community in governing its growth. Two of the most notable Dash DAOs include:

Dash Incubator: This open-source platform is used to encourage the development of projects that will improve the Dash network through cooperative community efforts.

Dash Investment Foundation: By connecting the Dash network to businesses through legal and financial arrangements the foundation is bringing Dash to companies worldwide and growing the network’s value in the process. An example of the foundation’s success is reflected in the addition of Dash support to the Edge Wallet following an investment round.

A Global Community For A Global Project

The governance model that directs the development of Dash has led to a passionate community developing around the cryptocurrency, with people from all over the world voicing their opinions on how the network should be improved and changed.

The level of global participation in the Dash network is reflected by the fact that the official website has been translated into 20 languages and the developers are in constant dialogue with the community about proposals.

The History of DASH

DASH was launched by the blockchain developer Evan Duffield in 2014 through a fork on the Litecoin (LTC) network. The token was initially called XCoin, it then became Darkcoin, and in 2015, the project’s codebase was shifted to that of Bitcoin, and Darkcoin finally became Dash.

The project has come a long way since Duffield first envisioned a private, secure, and fast blockchain-based payment solution, and today, hundreds of developers are building on DASH.

The Dash Ecosystem and Use Cases

To get an idea of just how developed and diverse the network’s ecosystem has become due to the project’s use cases, follow this link and browse through the sea of DASH-based dApps, DAOs, and DeFi projects.

One of the most notable organizations in the Dash network is the Dash Core Group (DCG) which is creating a platform on which developers can build dApps and websites. The DCG platform will create a space where developers and businesses can improve their integration and payment solutions using Dash as a gateway to decentralized finance and commerce.

Although DCG is still working on perfecting the project’s usability, the DashDirect application is already used by an estimated 155,000 retailers across the United States.  The application uses Dash to buy gift cards in the precise value of the transaction at the point of sale that can be traded for goods such as food, travel tickets, and clothes, with transactions that settle almost instantly.

As DCG finishes its platform, we can expect Dash to attract even more innovative developers.

Dash is far more than just a Bitcoin 2.0; this project is building a thriving ecosystem of payment solutions and dApps while keeping its word in terms of both privacy and decentralized governance. The project’s development is in safe hands with the DCG, and as they improve the usability of Dash, investors, traders, and developers should be keeping a very close eye on especially considering it is trading at a 96% discount from its all-time high.