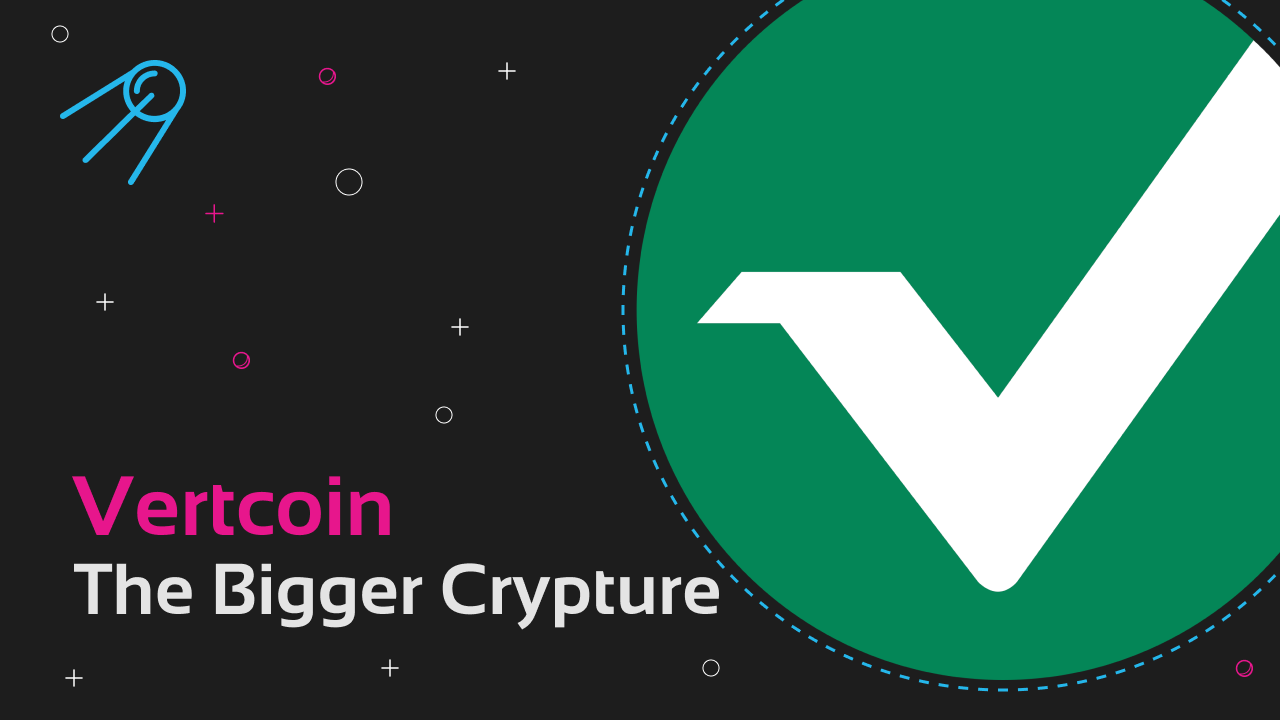 On September 11 at 6:00 pm UTC we had a chance to ask questions to Vertion – a dedicated team member of Vertcoin. Being beyond honoured to have him on our Telegram AMA in Swapzone Community Chat, we are grateful for providing us with valuable insights that we are excited to share in this AMA Recap.

About the guest: Vertion

Primarily involved with community engagement, his field is all sorts of support related questions.  He likes to stay in touch with the problems that users are experiencing and relaying information to those who can provide solutions as needed.  He also developed and currently maintains a spin-off of the One-Click Miner allowing users to be paid out in another cryptocurrency of their choice.

He came across Vertcoin in 2017 while scrolling through Coinmarketcap looking for coins with low(er) supply similar to Bitcoin and Litecoin. A quick Google search lead him to VTC Wikipedia article. What stood out to Vertion regarding Vertcoin most in that Wikipedia article was the history of changes to the core protocol in adhering to the mission of the project.  That proved the authenticity of this project as those who were developing for it were sticking to the original mission no matter what.

Vertcoin’s mission is to incentivize people using consumer-grade hardware such as your home computer to secure the network.  Bitcoin, Litecoin and most other cryptocurrencies began this way until expensive single-purpose hardware known as ASICs were designed specifically to mine them.

Vertcoin began in January 2014 as a response to ASICs being developed and adopted for use on the Litecoin network. In short, ASICs rendered Litecoin mining using a home computer vastly inferior and these miners decided to adjust Litecoin’s mining algorithm after it was made clear that was their only option. This is why Vertcoin is identical to Litecoin in speed and max supply.

Faster and more efficient ways to mine are constantly being developed however and since Vertcoin’s mission is to keep power in the hands of someone who can mine it at home, this has caused the need for developers to propose changes whenever a new threat arises which takes power away from these home miners.  Since its inception, Vertcoin has made four major protocol changes to keep power in the hands of people choosing to mine using their computers at home.  Three of the major changes were in order to prevent specialized ASIC hardware developed while one was to prevent a CPU-botnet from controlling the network.

Vertcoin’s latest protocol change, Verthash, is most unique as it is the first to be mined completely using a GPUs RAM (memory) rather than the core allowing one to be able to do other intensive tasks such as gaming with a far lesser loss of system performance as opposed to other leading minable cryptocurrencies.  Vertcoin now has a pedigree of adhering to its original mission of being able to be mined using your home computer and that is its main value proposition.

Complementary to its mission of supporting mining on a computer at home, Vertcoin is known for its simplicity in getting started mining by coining the term ‘One-Click Miner’ (OCM) and developing a software that is truly ‘One-Click’ to begin mining.  This is something that’s been developed by community members through fundraising and volunteer work.  Countless users first introduction to cryptocurrency is through this program and many decide to stick with it due to its simplicity as opposed to mining other cryptocurrencies.  This program sets the barrier for entry as low as possible and just about anyone that can use a computer can figure out how to start.  Users are able to set this program to run at computer start-up and can let it run while they use their computer for other tasks as noted previously. Funnily enough, one user stated that they forgot it was running and discovered it one month later, having mined quite a few Vertcoin in the time being!

One of the hallmarks of Vertcoin mining today is that it can even be done while gaming without a substantial loss of FPS or mining power.  Mining Vertcoin is incredibly power efficient and users have reported up to 70% lower power consumption compared to mining Ravencoin (RVN), Ergo (ERG) and Ethereum Classic (ETC).  This means that temperatures are far lower, keeping your computer running cooler and more efficient.

Personal experience from Vertion:  a 25% drop in hash rate (mining power) while playing Overwatch which is a pretty graphics-intensive game and ability to play like normal albeit at a slightly lower graphics setting.

The primary focus of the community since Vertcoin made the move to Verthash earlier this year has been on the marketing front and spreading the word which has proved fairly difficult.  Vertcoin currently does not have a whole lot of use cases outside of being accessible and easy to mine.  It would be great to see the creation of more ways to use Vertcoin rather than exchange it for another cryptocurrency.  Merchant acceptance is more favorable now due to a far more robust and healthy network thanks to Verthash and Vertcoin’s exchange exposure increased greatly this year with new listings.

The general roadmap of Vertcoin has always been to keep mining easy and accessible as well as keep updated to changes made from Bitcoin.  Vertcoin pulls updates from Bitcoin faster than almost any other cryptocurrency which means that any sort of emerging use case on Bitcoin can be done on Vertcoin.  For these reasons, the groundwork is there for anyone to develop new use cases for Vertcoin.

Historically, the Vertcoin community has had a lot of ideas about marketing but not a whole lot of follow through on them.  I know there are plans to do #VTCember in December on Twitter again which awards VTC daily to a random user who uses the hashtag in a tweet.  December is when Vertcoin’s supply emission halves which happens every four years so this is a sort of way to celebrate that.  The halving is what makes Vertcoin deflationary and is the same mechanism used in Bitcoin.

Community building has gone hand in hand with the mission of Vertcoin to be accessible and easy to mine by anyone using their home computer. The benefactor is the community and all developments have come from it in one way or another. Mining has brought a lot of people together to discuss hardware and tuning for optimum performance and for others it has served as a community for generally talking about cryptocurrency, albeit usually leaning towards currencies similar to Vertcoin like Bitcoin. There are quite a few users who have been involved in the community for a very long time.

The goal is to help foster that community development by launching Vertcoin Team.  Vertcoin Team is a place where focused discussion can happen on specific topics.  The current structure of social media channels have proven to be very broad and too often good ideas are lost to the flow of messages and not much coordination takes place leading to the implementation of ideas.  Anyone is free to join the Vertcoin Team and elect to be part of one or more of its sub-groups.  Each group has an ideas channel for everyone and channels for specific topics that are only for team members.  The goal is that this can give those who wish to contribute to Vertcoin the space, community, and organization needed to foster it.

Vertcoin has no paid development team as other projects do and the vast majority of work done on Vertcoin since inception has been done voluntarily.  The community has shown time and time again that they are willing to crowdfund development however so it’s really a matter of finding and relaying information to those willing and able to do the work.  In the end, it’s really up to the community to rise up and take action.

The last important note is that this coin is the community.  Vertcoin is an open-source software project and there is no official entity behind Vertcoin but a like-minded group of volunteers.