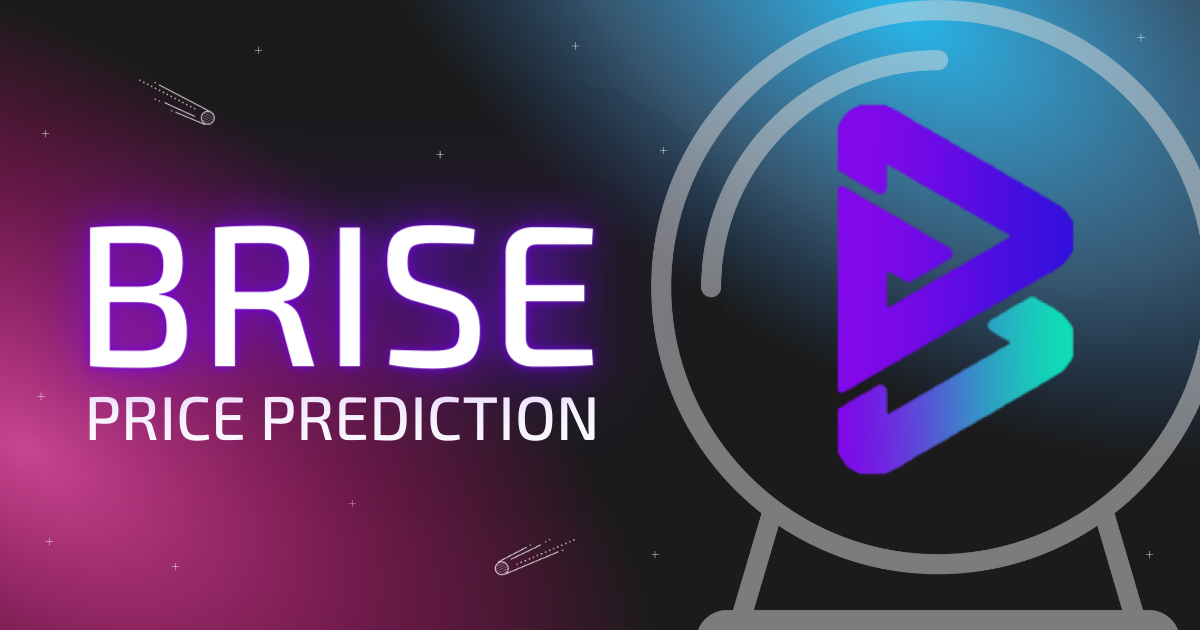 Regardless of the crypto winter that makes the market shuffle since the beginning of the summer of 2022, the year has seen the revolution of many blockchain projects. The mass adoption of crypto seems to be getting further and further – with over 10 000 cryptocurrencies existing in the market at the time of writing the scope of assets that could be considered as an investment is numerous. One significant blockchain project to hustle the year is Bitgert, gaining over 50% at the beginning of June.

While cryptocurrency projects emerge, evolve or crash, there are always ones taking a favorable place. Bigert ecosystem is regularly replenished with new projects and products, making Bitgert one of the fastest growing blockchains and inching mass adoption of its technologies.

Some experts claim that Brise might skyrocket 10х in the foreseeable future, some, naturally, express a more pessimistic attitude. In this article, we are going to explain the nature of Bitgert and its token BRISE, and compose the analytics on the BRISE future price. Read on to discover Bitgert price prediction for 2022 and further.

Bitgert is a network, or, better to say, ecosystem, that is building a super-fast blockchain. Processing 100.000 transactions per second (TPS) the Binance-based blockchain prides itself on the fastest solution in the blockchain market. Bitgert mainnet, launched this year, aims to solve the scalability and cost-saving in the current blockchain system.

The core features of Bitgert include:

Launched a little over a year ago to the time of writing – in July 2021 – Bitgert has already surpassed most of the popular chains in terms of speed and security. And it’s not an empty claim – when compared to some major ecosystems, such as Ethereum (making the speed of 15 TPS) or Solana (50,000 TPS), Bitgert network wins in times, also offering near to zero transaction fees (as low as $0,00000001).

These advantages made Bitget blockchain grow significantly in popularity, putting it ahead of many big cryptocurrency projects and giving it a chance to attract more and more users and developers into its network. In less than 400 days since its launch, Bitgert introduced the beta of its exchange, launched its own blockchain, and announced deals with players such as Sphynx labs (an all-in-one solution for commerce, l ‘agriculture, staking, and possession) and Omniaverse (monuments in metaverse), Twin 4D maps (geo-referenced digital twin data) and innovative plastics (recycling). In 2022 the blockchain’s projects cover DeFi, NFT, Web 3, also including a BRISE Wallet, available for iOS and Android devices (BRC20 / ERC20 / BEP20 tokens supported).

What is BRISE Token?

BRISE is the native BEP-20 token of the Bitgert blockchain, serving as the utility coin of the platform and as a peer-to-peer payment method within the BRISE wallet. Yet, the Bitgert founders claim the token has a bigger aim – to function as a global utility payment system.

The total supply of BRISE coins is a quadrillion of coins, which allows for a large number of users and transactions without slowing down the network. The circulating supply at the moment of writing was 427,350.68B BRISE. The liquidity of BRISE is improving continuously. You can check the latest liquidity stats here.

BRISE could be one profitable coin to hold – token holders receive 5% of the buyback tax stored within the contract. That’s one of the points why the price and value of Bitgert coin grows – the payback opportunity increases its demand.

As for the time of writing According to CoinDex technical indicators, the general Bitgert price prediction sentiment was Bullish while the Fear & Greed Index was showing 41 (Fear).

As we can see below, analytics mostly agree on a statement that the Bitgert coin would stick to the rising trend – as of August 2022 neither of the analytical resources has estimated Bitgert to crash or to significantly lose value. The cryptocurrency experts and the AI analytical systems expect BRISE token to grow successfully in price over the years, and the Bitgert ecosystem to evolve and expand.

BRISE has enjoyed much more success this year, changing hands for prices between 0.000002 USD and 0.0000007 USD. With the coin being listed on the Huobi exchange, as well as becoming the 221st largest coin by market capitalization, its price is only projected to increase in the coming months.

At the time of writing BRISE coin shows 44% growth since the beginning of 2022. The short-term BRISE price prediction by the analytics of CoinDex presupposes it to grow further – hitting 0.000001325 by September 14, 2022.

On the other hand, the industry analytics of the WalletInvestor expects the token to lose 25.3% in three upcoming months. Yet, the resource states the token is stable and will not crash in the foreseeable future.

The BRISE token has been analyzed by several leading industry experts, with differing results. Data from Analytics Insight suggests that the coin will see a bullish run this month. They project that BRISE prices will quintuple in the month of October, meaning that the coin will be worth five times what it is currently trading for right now by the end of the month. With BRISE currently changing hands for about 0.00000064 USD, it might be worth just over 0.0000030 USD in the next couple of weeks.

However, analysts at Coin Journal disagree, projecting that the coin might see a record devaluation instead.

According to analysts at Crypto Predictions, BRISE is expected to experience a percentage increase of just over 29%. The coin is projected to trade around 0.0000008 USD for most of the month and is likely to be worth as high as 0.0000010 USD at any time in November.

Crypto Predictions also project that BRISE will enjoy a fractional increase in prices by December. The coin is, on average, expected to be worth roughly 0.00000078 USD. BRISE is expected to close 2022 trading at 0.00000103 USD.

The experts believe the token would continue showing a rising tendency and could gain up to $0.00000335 of value, as stated by DigitalCoinPrice. Yet, it’s always important to remember that any automated forecast could be wrong and should never be a substitute for your own research.

Is BRISE a good investment? Does Bitgert have a future?

Given the current market trends, BRISE appears to be an excellent investment choice at this time. Despite the crypto bear market, the price of BRISE has been on a reliable rise. The coin has enjoyed an 8.5% increase in the past 14 days, according to data from CoinGecko. However, investors must bear in mind that the cryptocurrency market is highly volatile, and while investments are high-reward, they are typically very high-risk. While BRISE seems to be enjoying an uptrend, it has not been untouched by the crypto winter, falling 9.1% in the last 24 hours. This might pose a great opportunity to “buy the dip”, that is, buy while prices are low and enjoy greater profits when they are higher. Conversely, it might also mean that the token is weakening. It is difficult to know for sure whether or not BRISE is a good investment option, and as a general rule, you should never invest more than you are willing to lose.

How many Bitgert coins are there?

Where is Brise listed?

Bitgert is listed on several popular exchanges, including Kucoin, Gate.io, and Bitmart. For a solid list of exchanges that offer BRISE for exchange, you can check our aggregator

How to buy Brise?

New to our service or would like to get some tips on how to make your BTC to BRISE swap? Take your time and watch our 1 minute step-by-step video-guide. The guide uses LTC/ETH exchange pair but the process is equal with any other.

Bitgert has shown extraordinary success since its launch in 2021, as well as the BRISE token that gained X100 in value. Yet, the BRISE price prediction seems positive, however, there is little historical data, so you should be careful when committing to long-term Bitgert price forecasts.

This year’s expectations are very high regarding the token, as updates to BItgert’s chain should see it perform well this year. However, while the performance was expected further to be above average, the token’s journey to $1 is still in a distant future.