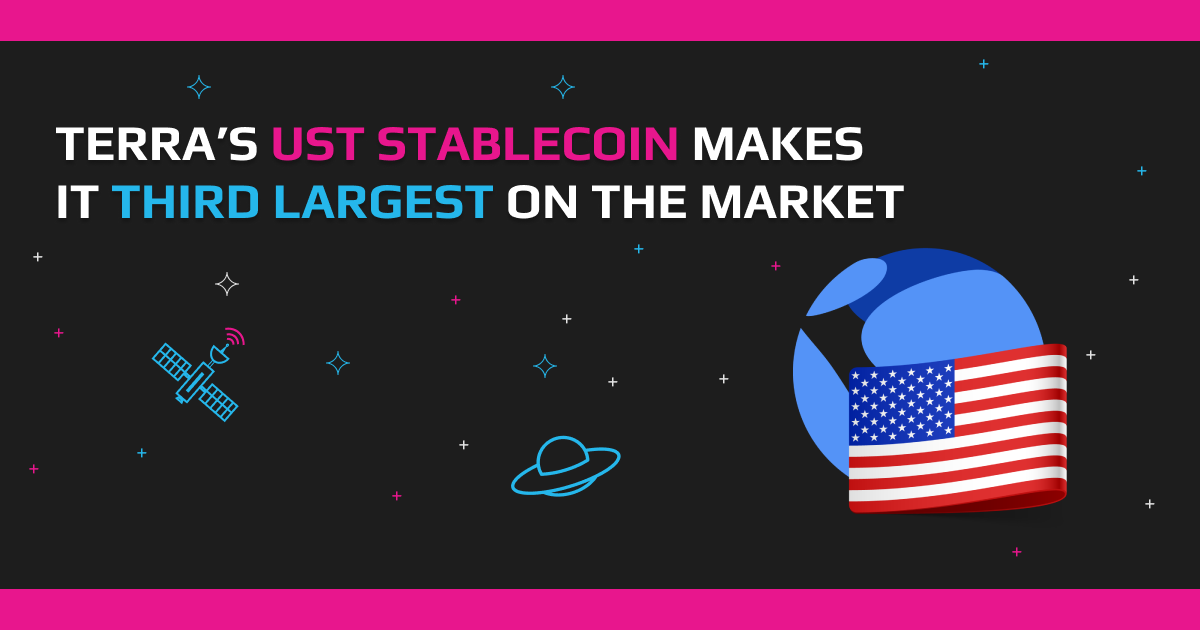 Although the gap between UST and its top competitors is still enormous, the stablecoin has been catching up rapidly; in November, UST had a capitalization of just under $3 billion, but by the end of December, it had hit $10 billion.

The enthusiasm surrounding stems from the fact that UST isn’t your typical fiat-backed cryptocurrency like Tether; UST is managed by the Terra network’s unique burn and mint mechanism.

One of the major criticisms facing Tether is that regulators have questioned whether the bank accounts backing USDT hold enough dollars to match every USDT on the market.

UST doesn’t claim to hold US dollars in some faraway bank account; instead, the network uses a burn and mint mechanism to keep UST pegged to the dollar.

The mechanism works by incentivizing participants on the network to either mint or burn UST using LUNA.

The mechanism has so far proved to be very effective at creating a stable token, and as a result, despite the wild fluctuations experienced by the crypto market in recent months, UST has maintained its dollar peg.

The Terra Foundation has been hitting the headlines since the foundation’s co-founder, Do Kwon, announced on Twitter in March that the network would buy $10 billion worth of Bitcoin (BTC) to back UST.

Kwon claims the foundation will be able to ensure the stability of UST by using BTC as collateral.

According to BitInfoCharts, the BTC wallet associated with the Terra Foundation has already purchased over 42,000 Bitcoins ($1.6 billion), leaving it with $8.5 billion to spend in the coming months.

Terra’s BTC spending spree resulted in a surge in LUNA’s price from around $90 in March to nearly $120 by early April.

LUNA’s price tailed off into the second half of April and dropped below $80 on April 17th, according to CoinGecko.

UST has continued to forge ahead despite LUNA’s price drop; in the last 30-days, its market cap has increased by over $2 billion and shows no sign of slowing down.

Use Swapzone To Add Some LUNA To Your Wallet

Terra’s UST has taken a unique approach to stablecoins; the token is believed to be a stable and secure way of holding dollar-equivalent tokens on the blockchain. If you plan to move some of your crypto into UST for safekeeping, then Swapzone is here to help.

Let’s say you want to swap some BTC for UST; simply follow these steps:

Great you’ve added some UST to your wallet without paying sky-high exchange fees.